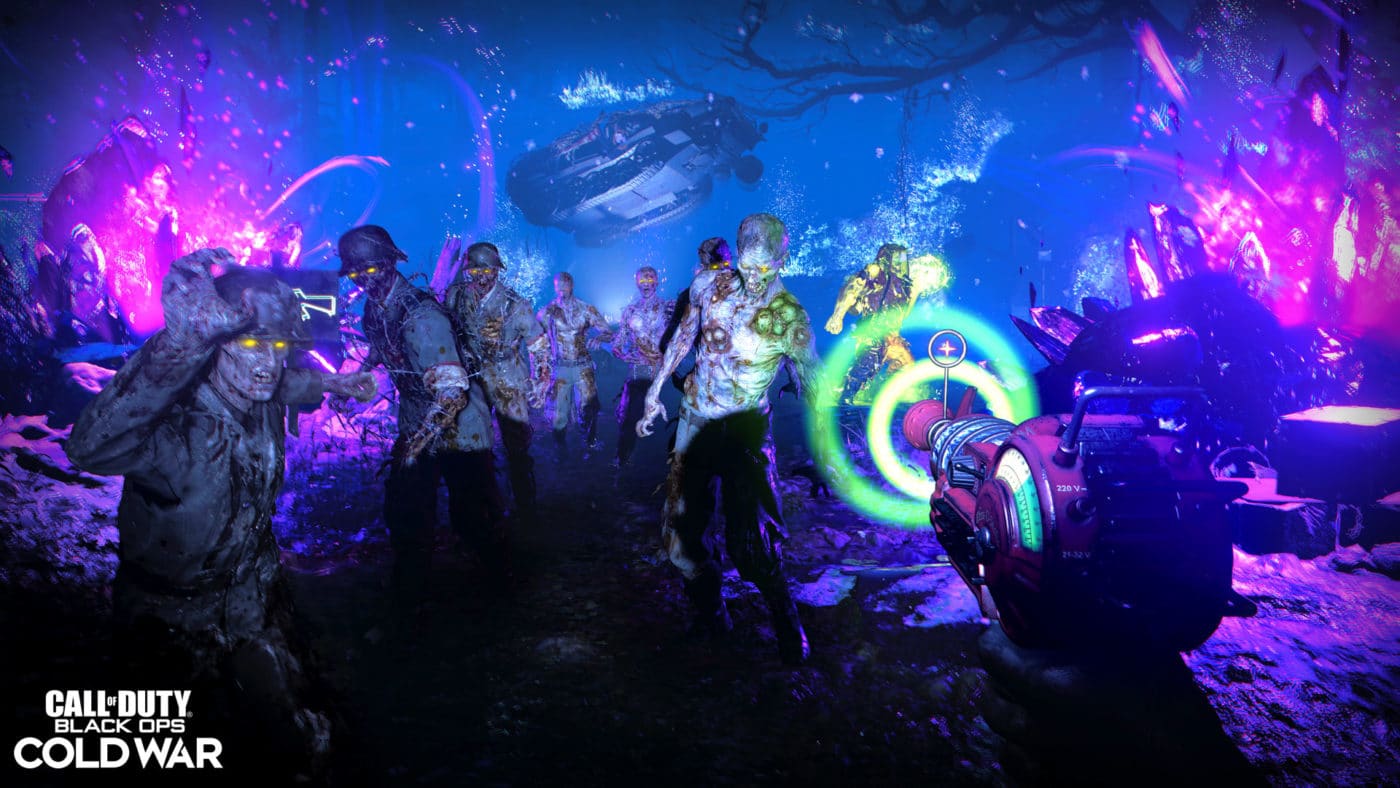 While Activision has dished out free trials for Call of Duty multiplayer before, the publisher is doing something new this year, as the Black Ops Cold War Zombies free trial week has been announced! For the first time, Treyarch’s trademark mode will be available for free for an entire week!

Starting January 14 and lasting until January 21, the Black Ops Cold War Zombies free trial will be available on all platforms and will include the following game modes:

An abandoned WWII-era laboratory in Poland containing a massive particle collider has opened a rift to unexplainable monstrosities and animated undead forces. As part of the international response team known as Requiem, you’ll infiltrate the DZ and try to survive waves of zombies through multiple rounds as you either uncover the secrets of “Die Maschine,” or exfiltrate early with your life intact (and some great rewards to boot).

With its starting area paying homage to the original World at War Zombies map that started it all, “Die Maschine” is a round-based Zombies experience where up to four players can drop in and attempt to survive the horrors that lie in wait. Work together by using dozens of weapons, lethal and tactical equipment, powerful Scorestreaks, and special Field Upgrades – such as an Energy Mine or an instant-heal through the Healing Aura – that charge up by killing zombies.

As per usual, you and your squad will be airlifted in with a loadout of your choice. However, once the first zombie hits the floor, the Cranked Timer starts ticking away. Your Operator will explode if they fail to kill another zombie before the timer hits zero, and the timer gets shorter and shorter as the game progresses! Keep an eye out for the Cranked Timer Power-up, which temporarily freezes the timer for all players.

Watch the clock – and your six – to survive this fast-paced new Zombies game mode… and be sure to put the locational Ping system to use when playing with your squad.

In this mode, your duo will use whatever is in your loadouts to fight against hyper-aggressive waves of undead forces. Unlike in traditional round-based Zombies, a Dark Aether Orb will confine you to a specific space on the map until it is charged by the souls of the undead.

The free trial coincides with the release of the Black Ops Cold War Season 1 mid-season refresh which is hitting this January 14.