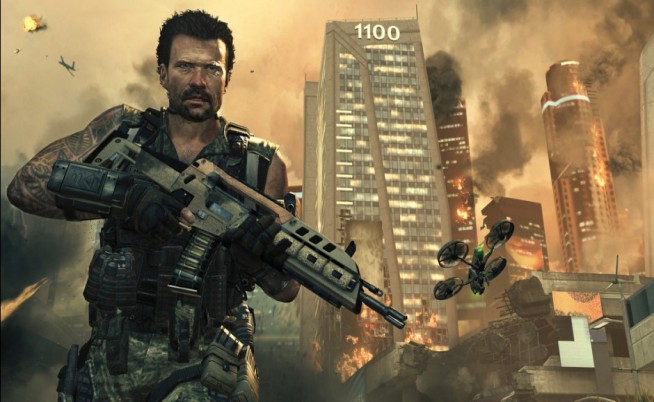 Treyarch’s director of online Dan Bunting goes through some of the engine upgrades Call of Duty fans can expect in Black Ops II, including better lighting techniques, more detailed environments and “more destruction.”

Speaking with OXM, Bunting explained that “lighting is the first area of emphasis,” when it comes to engine upgrades. He added, “lighting is everything, lighting is what brings the room together, so to speak.” Thanks to the integration of lighting effects like high dynamic range lighting, bounce lighting and ambient occlusion techniques, players can expect much more immersive environments in Black Ops II.

On the other hand, Bunting added, “we also have the ability to [add] shadows within shadows which is a really important part of getting a photorealistic look to things.” This also applies to the weapon models, which Bunting explains will be much more pleasurable to look at this time around. “All our weapon shaders have been completely overhauled, so you can get a lot more of that natural reflective surface,” he mentioned.

Fans can also expect much more detailed environments, including areas that are “off-map.” Bunting details improvements Treyarch has made in this regard, stating, “we’ve optimised our pipelines, optimised our tools so we can just get a lot more out of the scene than we were able to in the past.” Also, the addition of reveal mapping will allow textures to blend much more convincingly.

Improvements in the department of destruction have also been made as Bunting stated that we will see “more destruction than we’ve ever had before.” Though we are not sure to what extent, exactly, this fact is intriguing considering it could possibly play a role in the gameplay, especially when it comes to multiplayer. Will players be able to destroy walls and structures, or will it be more of a visual thing?

To see some of these engine improvements in action, make sure to check out the latest Black Ops II trailer, including some new footage!

Let us know in the comments below. Would you like to see destruction to play a bigger role in Call of Duty’s multiplayer?

Battlefield 3 – A Simple Message of Teamwork