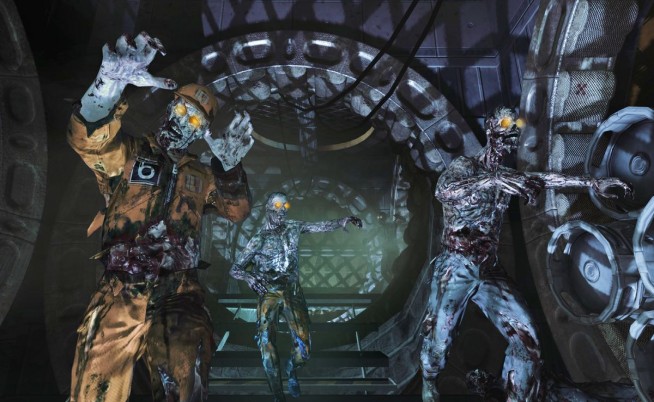 Mark Lamia, Studio Head at Treyarch, entertains the idea of a spinoff for the ultra-popular Call of Duty game mode, Zombies.

“That’s interesting, because you know we finally did exclusive DLC Zombies for Black Ops; it had its own marketing campaign, had no multiplayer maps, had no campaign. It was just zombies,” referring to the original Black Ops’ latest DLC, Rezurrection, as Lamia stated in the latest issue of Gamemaster Magazine. “Millions of people clearly wanted it because they got it,” he added. He had no specific sales number on hand, but he did mention that it sold in the millions, keeping in mind that this is nine to ten months after the release of Black Ops.

Nazi Zombies originally debuted in Treyarch’s Call of Duty: Wold at War back in 2008 as a bare-bones, co-op add-on with one small map and no story – just wave after wave of increasingly difficult-to-kill zombies. Originally a mod, it has since then grown into it’s own universe with characters, story, unique weapons and even more dangerous zombies types. For many, it has become the go-to game mode in the Call of Duty series, becoming even more likeable than the competitive multiplayer, for some. Lamia insists that “the whole mode just exists because of fans.”

Treyarch has hinted that Zombies will no longer be a mini-game in Black Ops II, but a fully-fledged game mode with the additions of new gamed modes within, 8-player co-op and a possibility of competitive play. Given the amount of attention Zombies is receiving from Treyarch, It would not be surprising at all (in fact, it would probably make sense) if it ever ended up becoming it’s own spinoff title.

“Honestly, I don’t know where it’s going to go,” says Lamia. “Right now, it’s just part of Black Ops.” Whether it ever becomes a spinoff title or not, we can definitely expect more zombies, as he later stated, “we just want to keep making it basically.”

Would you purchase a Call of Duty: Zombies spinoff title, either as a full retail release or an arcade title? What would you like to see happen with the Zombies game mode in the future?

Black Ops II – Weapons Are “Balanced From The Ground Up,” More on Map Design and Social Integration