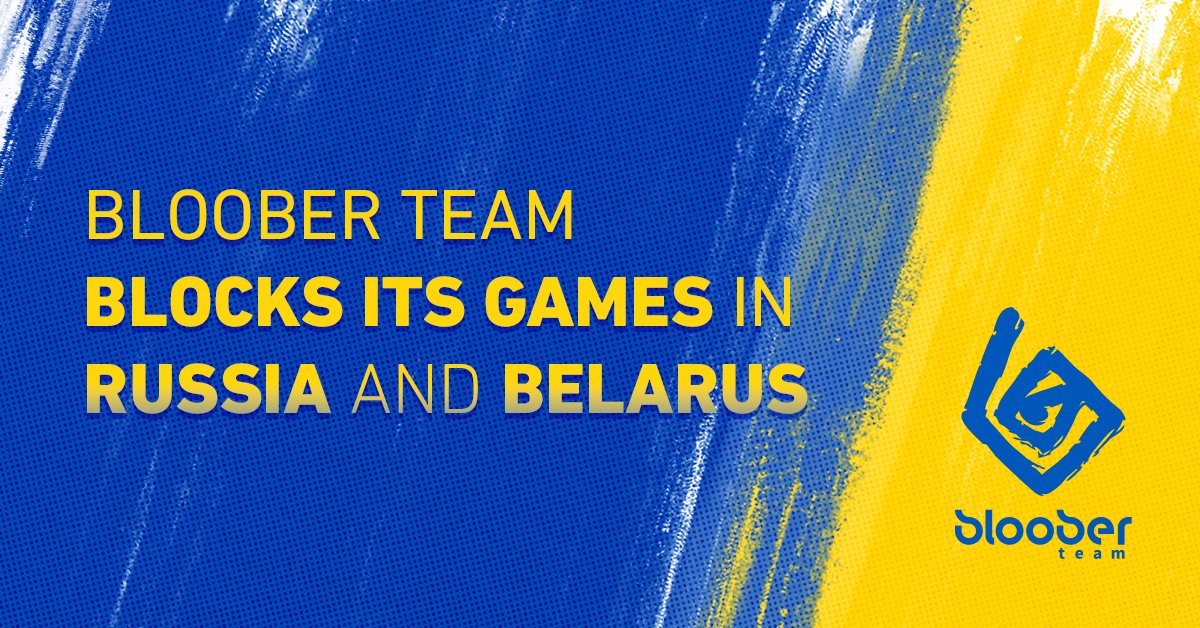 As a direct response to the ongoing invasion of Ukraine, Bloober Team, the studio behind Layers of Fear and The Medium, have blocked its game sales in Russia and Belarus. Bloober Team is the  next in a line of developers and publishers imposing some sort of restriction on Russia as the country continues its war against Ukraine.

Announced by the studio via a Twitter thread, here’s what they had to say:

(1/5) As the Russian unprovoked invasion of Ukraine continues, killing defenders and civilians alike, we at Bloober Team have decided to stop selling our titles in Russia and Belarus across all platforms.

(2/5) We’ve been working with our partners to put the games down from the stores in these countries – the ban coming into effect first on Steam. Our hearts are with the Ukrainian people and this is one of several steps we’re currently taking to support them. #TheMediumGame

(3/5) We understand that our decision might affect many Russian and Belarussian players who are not involved in this invasion, but we strongly believe that every step that can help stop the war is worth taking… #BlairWitch

(4/5) – this includes showing a full solidarity with the Ukrainian people both with words and actions, as well as creating pressure on the Russian and Belarussian public opinion. #ObserverSR

(5/5) We believe a global joint resistance can help make a difference. We want to be a part of a world that doesn’t turn a blind eye to warmongering. And we won’t stay neutral when human lives are at stake. #gamedevelopment

What’s interesting about the studio’s move is that they are the first high-profile developer who went so far as to ban the sales of their games in Russia. Yesterday, EA has announced that it will just remove the Russia National Team and Russian clubs from FIFA. While there has been a call from the Deputy PM of Ukraine to cut off Russia from the games industry, Bloober Team looks to be the first to actively participate in the blocking.

This move has not gone over well with  commenters in the Twitter thread, with some questioning how blocking their game sales will help support Ukraine. One has also pointed out that they could have also easily made it so that the proceeds from sales in Russia and Belarus go towards Ukrainian support, which is null now that the game is no longer available for purchase in those countries.

In case you missed it, STALKER 2 developer and Ukraine-based GSC Game World yesterday announced the game’s delay as they shift focus to helping their families and employees survive. You can read all about it here.