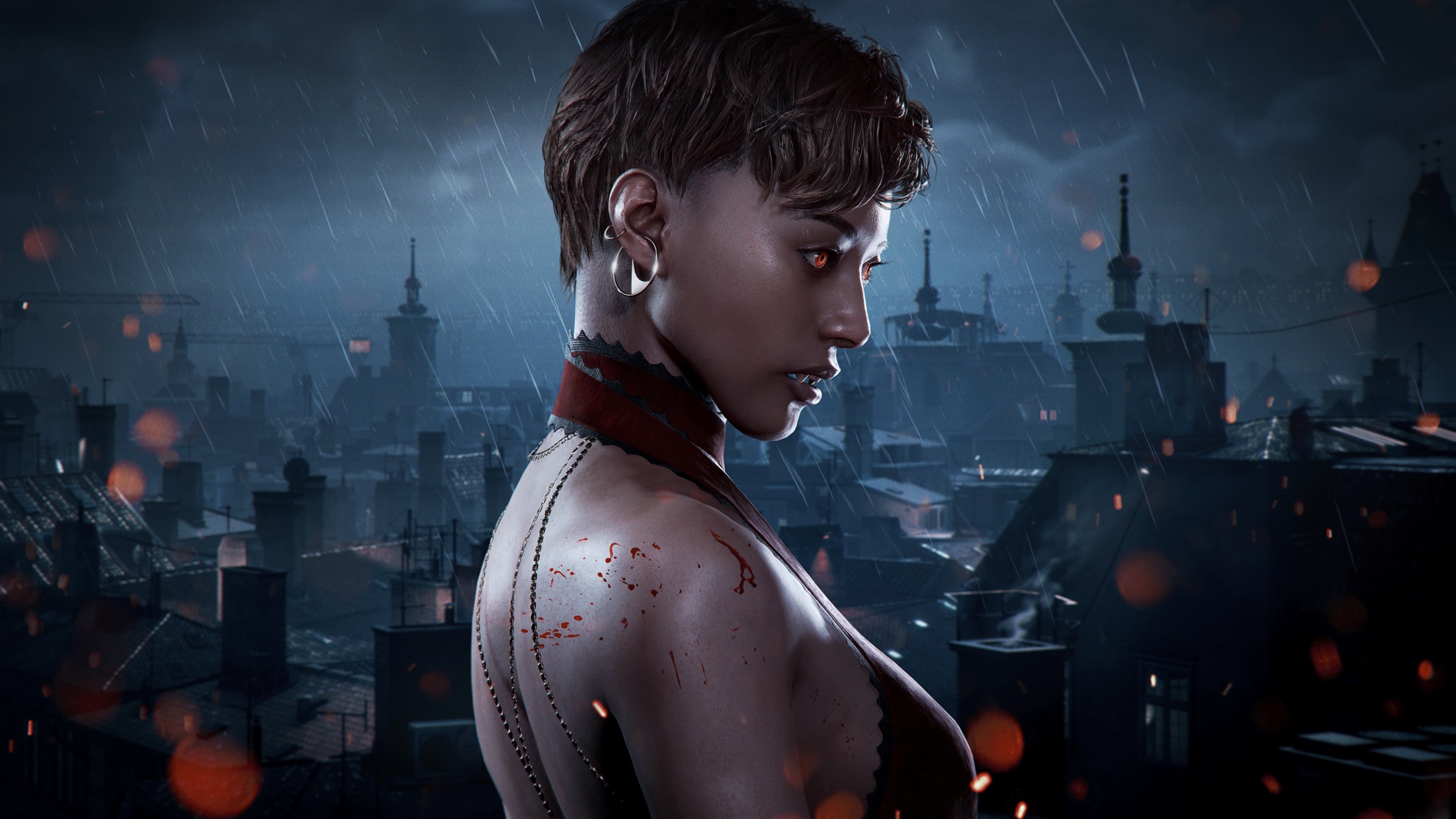 Before its release tomorrow, Sharkmob has rolled out the Bloodhunt Day One patch notes today, including a host of fixes and changes for the game before it leaves early access! Check out the full Bloodhunt April 27 update patch notes below.

We are very excited for the launch of Bloodhunt and we have been sharing a lot of the improvements that we have done since the game was in Early Access with you through detailed articles.

Here is a quick compilation for you should you want a refresher or are a new player recently joining us.

We also took some time to refine the existing design and balance, and here are some highlights!

As the name suggests, it sports nine barrels strapped together with a unique firing mechanism. The trigger can be tapped to fire with great precision or held down to empty each chamber in a barrage of high damage bullets.
In other words a very versatile weapon that in the right hands can be extremely deadly. Uses precision ammo.

Resonance
We have increased the resonance cap from 7 to 12.
This means that you can fill out all your resonance slots if you diablerize and keep feeding which is perfect for all of you thristy and power crawing Kindred.

Diablerie
We wanted to make it worth your time to diablerize so ability cooldowns are now reset upon an successful diablerie, giving you a better chance to fight back or escape when ambushed after defeating an enemy.

We increase its effectiveness to make it more competitive.

Muse
Passive: Final Act
The muse passive ability now includes a 25% reduction on the regeneration timer in addition to being able to use their powers while downed. We think this will make the Muse a bit more competitive compared to other passive abilities in the game.

Siren
Passive: Kindred Charm
The range has been increased to be a bit longer than civilian vision range, and should now be applied instantly, letting you feed with ease.

The Sewer Bomb is getting a bit of a facelift to make it a bit more effective.
Increased initial damage from 20 to 25.
Increased damage over time done by gas from 16/s to 20/s.

Vandal
Archetype Power: Earthshock
Decreased stun time from 0.9s to 0.65s.
The Earthshock landing animation takes about 0.5s as before.
This means that players stunned by Earthshock will be able to act way sooner and that the attacker has a much shorter window of advantage.

As always we listen to the feedback of our players and compare your thoughts against our telematry data. Here are the latest changes that we have done to further improve the weapon balance in Bloodhunt.

Headshot damage has gotten some changes where many of the weapons have had it slightly reduced, a couple of them more then others. Precision weapons remain untouched.

Here are the nitty gritty numbers:

Silenced SMG
Decreased headshot multiplier from 1.5x to 1.2x.
This weapon is by many considered top tier, so this change also acts as a nerf to give more room for other weapons.

Dual Pistols
Decreased headshot multiplier from 1.5x to 1.4x.
The dual pistols gets away with less of a decrease than the above low caliber weapons since they are way more precision based, and we wanted to keep rewarding good aim when using them.

Toggler
Decreased headshot multiplier from 1.5x to 1.4x.
Increased damage per bullet from 26 to 27.

Minigun
Decreased headshot multiplier from 1.5x to 1.2x.
Increased damage per bullet from 15 to 16.

Revolver
Decreased damage per bullet from 50 to 45.

Crossbow
Gas now deals damage to anyone inside the cloud, regardless of if there is any objects in between the player and the center of the cloud.
However, damage from multiple crossbow gas clouds no longer stack

We we think this will make the crossbow feel more consistent and further defines its role in being a weapon that is effective at flushing out enemies that are in hiding behind cover.

Also all gun sounds were reworked to give the game a more realistic and visceral feel of gunshots and bullets whizing and cracking through the air as you engage in firefights.

All guns were updated to work within a new system that changes the gun content based on the size of the space and the location the player is shooting in.

Make sure you try it out with Spatial audio if you can!

As always we love to hear what you think about these improvements so we encourage you do fill in our next community survey when it becomes available.

That’s about it for the Day One patch. Be sure to stay tuned tomorrow for the official launch of Bloodhunt across platforms!