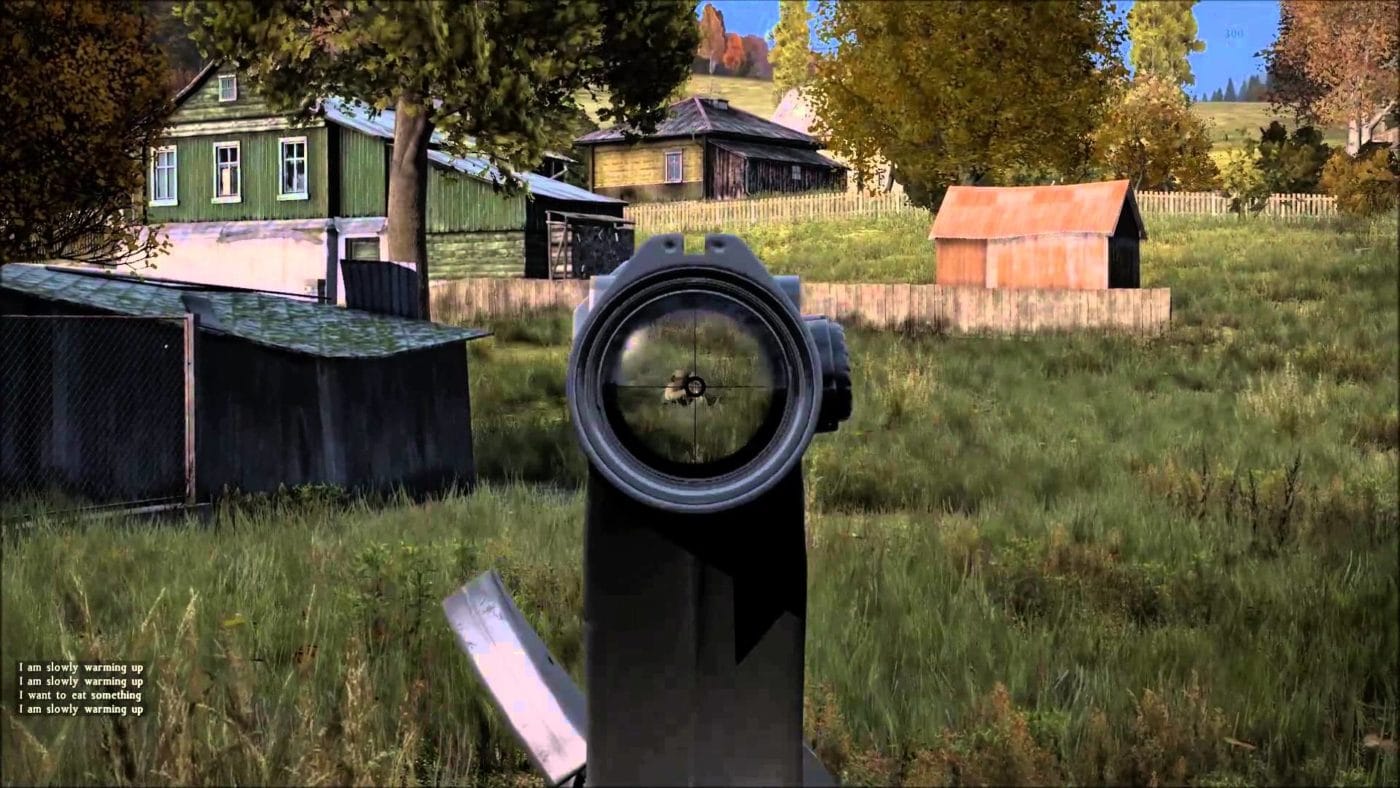 Bohemia Interactive, the studio behind DayZ, Arma and more, reports that it had a very successful 2019 in terms of financial earnings, which was spearheaded by DayZ console sales now sitting at 1.1 million units sold!

Check out the full infograph and details via the press release sent out: 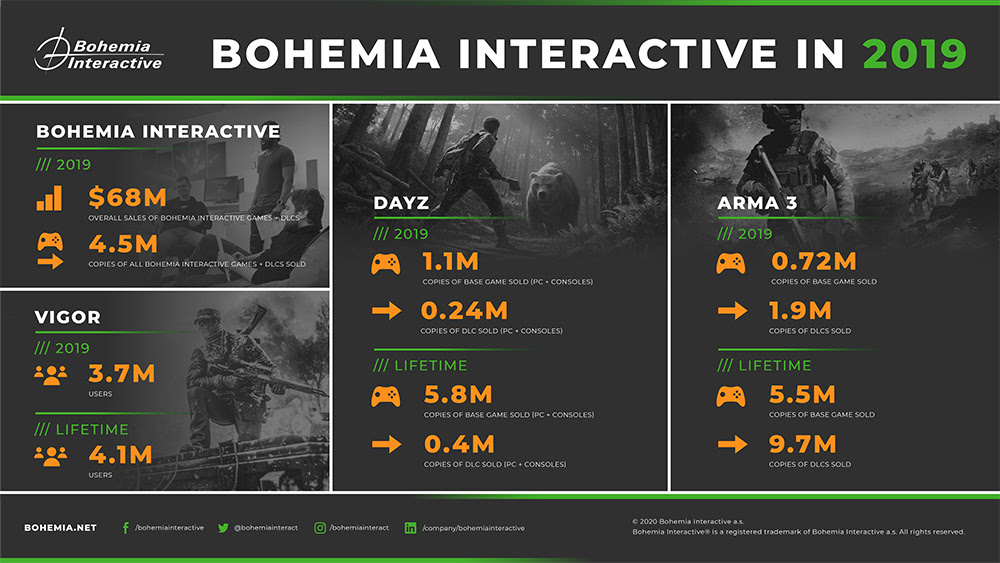 The sale’s highlight of 2019 was the online survival game DayZ (dayz.com), which built upon the PC version’s success by its release on PlayStation 4 and Xbox One. During the 2019, copies of the base game alone sold over 1.1 million and have boosted lifetime units of DayZ (and its DLC) to more than 5.8 million sales. The Livonia DLC received a positive reception in the community and currently stands at around 400 thousand copies sold.

The continued popularity of the long-standing, military franchise Arma (arma3.com) also reinforced the year’s successes. During 2019, copies of Arma 3 – along with its various DLCs – topped 2.6 million units sold, which showcased the series’ enduring relevance, and brought the number of lifetime base game sales to over 5.5 million and DLC sales up to 9.7 million.

After a year of being in the Game Preview program, the Xbox One exclusive, free-to-play, loot ‘n’ shooter title, Vigor (vigorgame.com), was released. This nontraditional game, based in post-war Norway, caught the eye of many international players with its distinctive genre and style. Before releasing as a free-to-play version, the game was tried by 700 thousand players. Now, more than 4 million have jumped in to play, with numbers climbing daily – mainly thanks to a steady stream of feedback from the community, which continually helps shape the upcoming content for Vigor.

YLANDS – IS NOW FREE FOR PC AND MOBILE

Another game which left its Early Access version is Ylands (ylands.com), a creative platform for PC and mobile phones. In 2020, Ylands will receive a few major updates. General polishing and feature progression remain an ongoing priority, and a lot of exciting additions – which will unleash Ylands’ full potential – are on the horizon.

Bohemia also announced that a new tech called “Enfusion” will be the core of Bohemia’s future games.