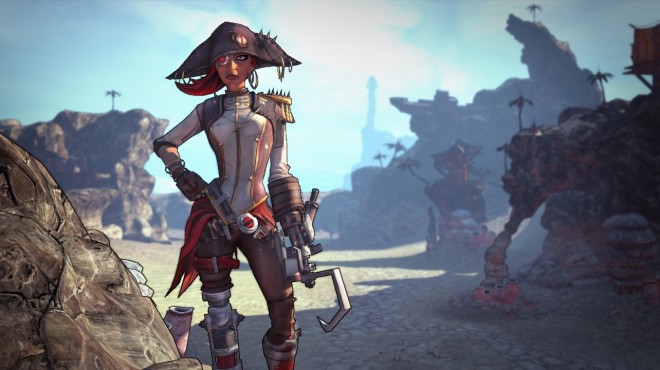 With the recent leak and reveal of Borderlands 2’s first upcoming campaign expansion, arriving just a few hours away, we get our first official look at ‘Captain Scarlett and her pirate’s booty’. Numerous gameplay videos have now surfaced give us a small glimpse of what this upcoming DLC has to offer:

Thanks IGN for these videos

If you’re on the go and don’t have the time to see what’s included in these videos, here are some key highlights:

Captain Scarlett and her pirate’s booty is Borderlands 2 first campaign DLC and will be available tomorrow on your platform of choice. It will cost you $10.00 USD or 800 Microsoft points by itself, but if you’ve purchased Borderlands 2 season pass, you will get this upcoming DLC as soon it’s available at no extra charge. This, as well as three others unannounced campaign expansion DLC’s for $30.00 or 2400 Microsoft Points.

With what you already know from this DLC, which new feature are you looking forward to the most? Let us know in the comment section below.