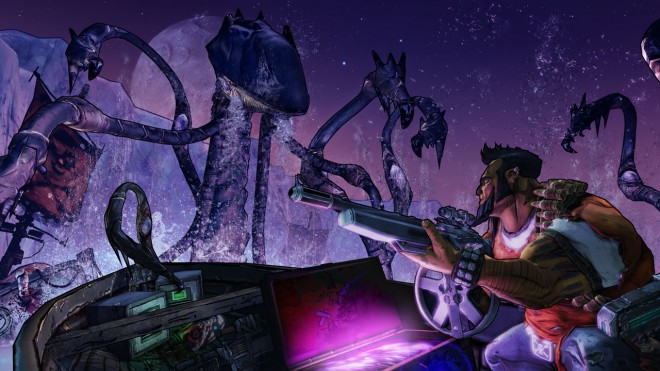 After hearing the cries of the community as to why the backpack space in Borderlands 2 is a lot more limited in terms of loot space than the original Borderlands, Gearbox developer Botman has decided to come fourth and address the Borderlands 2 community on this issue in a rather lengthy but very informative post.

You can read it in it’s entirety here or check out the highlights below.

Regarding the backpack issue, here’s what Botman had to say:

So, here’s how the number of slots in your backpack came about. Designers felt that the number of backpack slots in Borderlands 1 made it more difficult for new players to decide if a new item was better or worse than things the player already had. UI designers were concered about not being able to sort and display a large number of item in an efficient manner in the UI (this becomes even more of an issue in split-screen on consoles).

BTest stats indicated that people tend to carry around weapons that weren’t used much. Borderlands is not a game about collecting a large number of items and keeping them forever. The size of the backpack was reduced and when play testers felt that it was too small, the size was increased. More play testing was done by focus testers and developers and the size was tweaked accordingly. Designers and developers were happy with the size of the backpack at the time that the game shipped.

The size of the bank was set using similar criteria, but one of the design decisions (despite things said by Randy early on) was that the bank was only supposed to hold weapons that were “super special and rare” to the player. The bank should only hold the “best of the best” items that you’ve found while playing the game.

All of this is not to say that these things will never change in the future. With DLC and updates we can changes these but I do not know if, or when, that might happen.

In addition, Botman has also stated that he will address the rest of the Gearbox developers regarding ways that they can increase the backpack space for at least the hardcore players. This could be done via the use of more Eridium and making the upgrades cost more and more until they cost 99 Eridium, which is currently the limit cap for how much Eridium you can carry.

If they do happen to come up with a way to implement a bigger backpack space, it’s possible that we will see it in a update around the fourth add-on expansion for Borderlands 2.

For those who wanted to take a look at what type of scenery Sir Hammerlock’s Big Game Hunt is going to provide, check out these images below:

If Gearbox was to implement a new way to increase the cap of the backpack space on Borderlands 2, how would  you like them to implement it? Let us know in the comment section below!