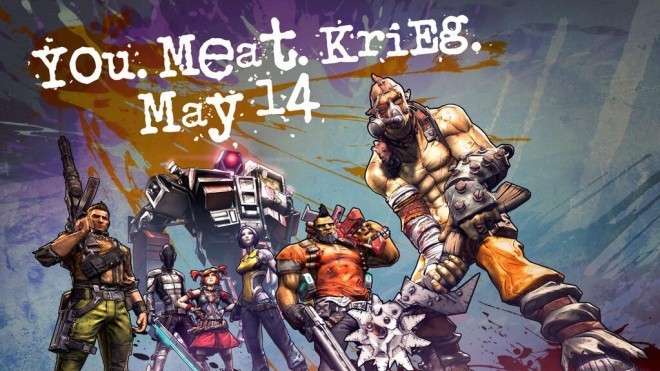 After being rather tight-lipped on the release date of the second Borderlands 2 DLC character class, Krieg The Psycho, Gearbox has finally let the cat out of the bag.

You can get ready to ‘meat’ Krieg The Psycho on May 14th across all platforms, according to the ECHOcasts Twitter account, which Krieg took over recently.

Krieg The Psycho won’t be included in the Borderlands 2 season pass, as it only covers the campaign DLC’s and the recently released raised level cap. However, you’ll be able to purchase Krieg The Psycho character class for $9.99 USD. If you have been itching to get a head start in planning out your Krieg build ahead of his release, you now can thanks to the folks over at bl2skills. Check it out here.

Speaking of campaign DLC’s, you can expect the final add-on, Tiny Tina’s Assault On Dragon’s Keep, included in the Borderlands 2 season pass, to arrive on June 25.

For more information regarding this upcoming playable character, feel free to check out our recent articles which cover his skills and heads as well as class mods.