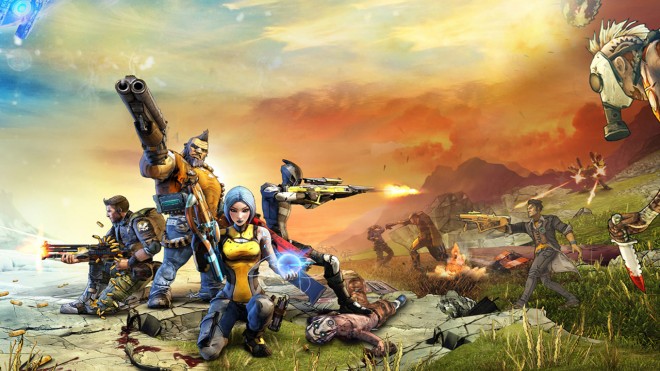 With Borderlands 2 launching globally in less then a week , the good folks over at Gearbox Software have decided to shed some light on one of it’s many pre-order bonuses, specifically, the Golden Key Treasure Chest. This particular treasure chest can only be opened via a Golden Key that can only be obtained by pre-ordering the game, winning a Gearbox give-away or attending a Gearbox event.

If you’re wondering how exactly this will work, you will first have to blast through any where from two to three hours of gameplay, which will eventually lead you into the city of Sanctuary. Here is where this Golden Key Treasure Chest is located at.

Once you’ve managed to find this unique treasure chest, you will be then faced with a tough decision: whether or not to open the chest at your current level, or wait a little longer until you’re faced with a tougher challenge that calls for pretty awesome gun in your arsenal. This treasure chest can only be opened if you have a Golden Key, and only opened once. You will not be able to get another one, unless you win one from a Gearbox event/give-away.

To add to this tough decision, the Golden Key, when used, is gone for good. Meaning, if you have a level 30 Salvatore and a level 40 Maya. The Golden Key can only be used on one of them and will disappear from your inventory for the rest of your characters. This includes any future characters/playthroughs of the game you intend on playing.

But not all is bad, seeing how if you were to open the Golden Key Treasure Chest, you will automatically receive a very rare (purple) item or higher and it will be automatically scale to the level you currently are when you open this magnificent chest. Keep in mind as well, that you cannot trade or sell these Golden Keys. Whatever your final decision is, you may sell or even trade the loot you’ve received from the Golden Key Treasure Chest.

Now with that out of the way, I’ll leave this here to amaze your minds and for you to take a nice panoramic gaze at all the enemies that are set to be featured in Borderlands 2:

And yes, that giant rock structure that we can barely see is one of the enemies as well.

Borderlands 2 is set to launch September 18th in North America, and September 21th internationally for the PC, PS3 and Xbox 360 platforms.