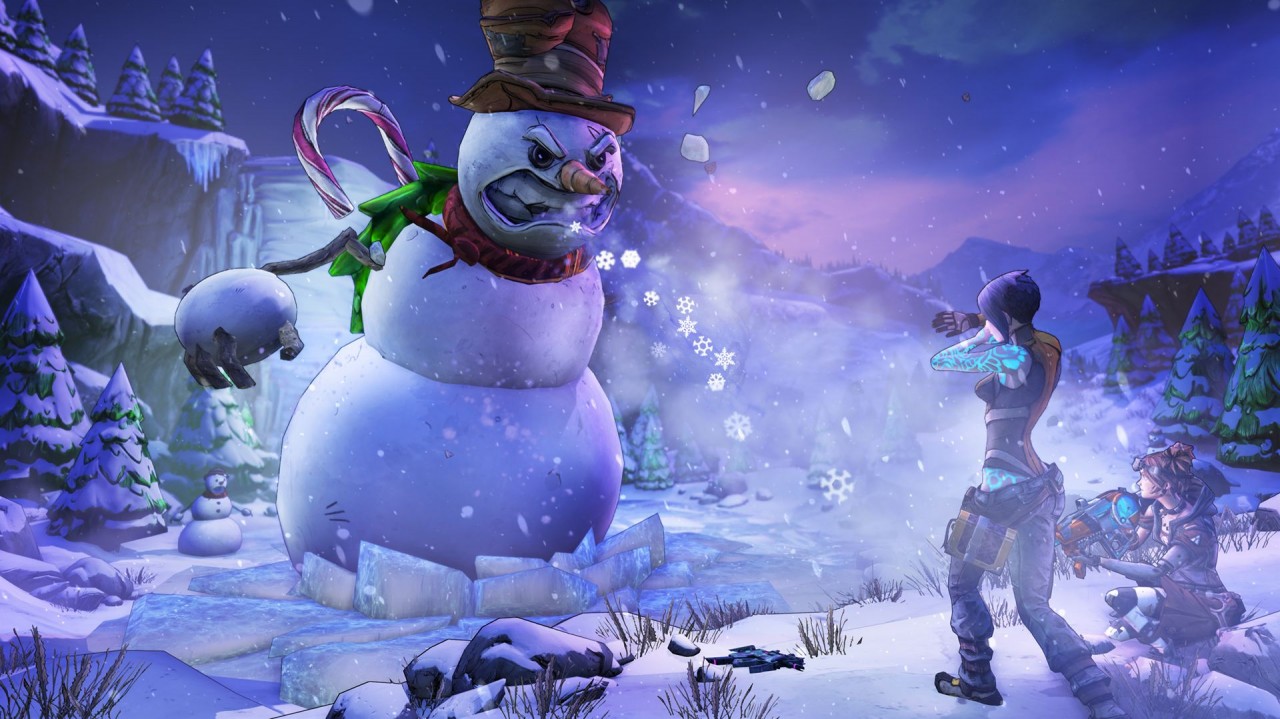 With the holiday season to soon be upon us, the folks over at Gearbox Software have gotten into the spirit and cooked up something special for all Borderlands 2 players.

This, of course, is none other than the release of the third head-hunter pack, “How Marcus Saved Mercenary Day”, which, according to a recent article on 2k’s website, Borderlands 2 fans can get their hands on starting December 17 for the price of $2.99 USD.

Much like the previous head-hunter pack that was heavily themed by a holiday in the month it was released, How Marcus Saved Mercenary Day will be no different. It’s a winter wonderland on the planet of Pandora, as you can see in the images below:

Additionally, the skin and heads for the upcoming headhunter pack have already been revealed which you can view below:

In more Borderlands 2 related news, Gearbox has also released a new hotfix for the game. View the notes below: