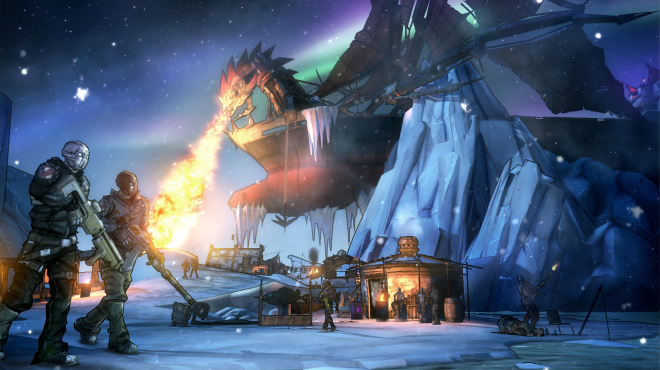 Can’t get enough Borderlands 2? If so, the folks over at Gearbox Software have just announced during their PAXAUS panel a few pieces of new DLC content you can surely look forward to.

One piece of DLC is the Ultimate Vault Hunter Pack 2, which will add another 11 levels, raising the maximum level cap to 72. It also features the new ‘Digistruct Peak’, run by Dr. Tannis and Lilith who use this area to recruit new Crimson Raiders. This will enable you to fight groups of enemies that you would normally never see together.

For example, you will be able to take on Skags and Threshers at the same time and you’ll be able to over-level your game, in case you really wanted a challenge. Additionally, those who didn’t purchase the previous level cap, which was released this past April, will only be able to reach level 61 if they only purchase the second Ultimate Vault Hunter Pack. To reach maximum level they’ll need to purchase both.

Sadly, Ultimate Vault Hunter Pack 2 won’t be included in the season pass, but will be available for $4.99 USD or 400 Microsoft Points. However, Gearbox will be throwing in some free goodies, including storage deck upgrades for weapon ammunition, bank space and inventory.

Those who are patiently waiting for Gearbox to release the heads and skins that were associated with Tiny Tina’s Assault On Dragon Keep won’t have to wait much longer. Gearbox will be releasing them in about two to three weeks via shift codes.

Speaking of heads and skins, those who attend this years Gearbox Community Day Event, which will take place over the internet on September 14, will be treated with some rather new wild west themed customization items for all six vault hunters at no charge. You can view them below: 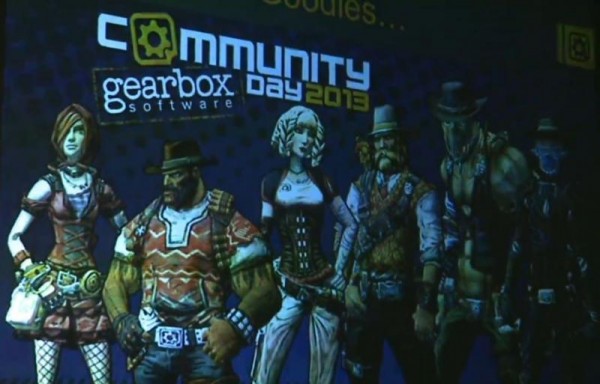 If all of the above doesn’t entertain you, expect the new DLC add-ons called ‘Headhunters’ to be available soon. The first one, titled ‘T.K. Baha’s Bloody Harvest’, includes missions for T.K Baha. He is an NPC from the first game who will have you taking on a new boss, Jacques O’Lantern. If you’re successful at defeating him, you will be able to earn new customization items for your character.

Pricing for T.K Bahas Bloody Harvest is yet to be announced, but you can expect more Headhunters DLC to be made available in the future with at least two more in the works. Fans expecting to take a trip to the Hyperion moon base, may be disappointed as Gearbox didn’t make any mentions of it. But they did however, reveal a clip from a short film in which Brick and Tiny Tina are being questioned by Hyperion personnel.

Which of the new DLC’s are you looking forward to the most? Lets us know in the comment section below!