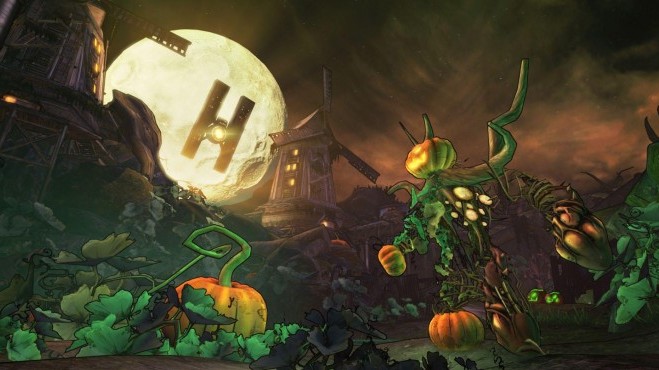 Borderlands 2 – New Xbox 360 Compatibility Pack Arrives Soon, What You Should Know About UVHP 2

According to Gearbox community manager Chris F., Borderlands 2 players on the Xbox 360 platform should be expecting a new compatibility pack to be released soon to support the upcoming Ultimate Vault Hunter Pack 2 add-on.

If the past is any indication, you can be sure that it will be up and running for download within a few hours of this writing. Chris F. also goes on to say that a new update is also is expected to arrive on all platforms early next week, with more details available soon. However, you can be sure this update will add increased inventory space and ammo capacity once again, as it was revealed during PAX Australia.

With the UVHP 2 officially dated for September 03, Vault Hunters can look forward  level cap increase 72, as well as the new ‘Overpower’ feature allowing you to make the game harder for yourself by adjusting its difficulty.

Many of you probably have questions such as, if you reach the Overpower cap of 8, will you still be able to use level 80 loot when you don’t activate any Overpower? The simple answer is yes, as Chris F. stated:

The only catch is that a player cannot wear overpowered gear if they themselves have not unlocked that overpowered level. It is just like if you were level 49 and trying to wear level 50 gear—you would not meet the min requirement.

Additionally, earning Overpower is as simple as completing the new Digistruct Peak challenges, as each time you complete one, you are awarded an ‘Overpower’, capping out at 8 Overpower levels total. Essentially, it is similar to levelling up, but without being awarded a skill point in order to preserve character build diversity.

Also, those who have been hoarding the numerous golden keys that have been given out within near 12 months that Borderlands 2 has been out may finally put them to good use again. Now, loot spawned in the golden key chest will be levelled according to both your current level and your Overpower, making it possible to gain level 80 loot from the golden key chest. That’s if you meet the requirements of reaching level 72 and an Overpower level of 8.

Of course, no Borderlands 2 add-on would exactly be complete without any new loot and UVHP 2 is no different. As marketing manager Adam F. has revealed, UVHP 2 will indeed include new loot. No other details were given, but there’s a possibility that it may include new Pearlescent weapons, which were originally introduced back in Borderlands 1’s “The Secret Armory Of General Knoxx” and later reintroduced in the first UVHP.

Finally, those worrying if melee damage won’t scale for those of you Krieg/Zer0 players out there, Chris F. has stated that melee damage among other class skills will scale naturally against overpowered enemies, regardless of gear.

Ultimate Vault Hunter Pack 2 is set to release next Tuesday, carrying a price tag of $4.99 USD.