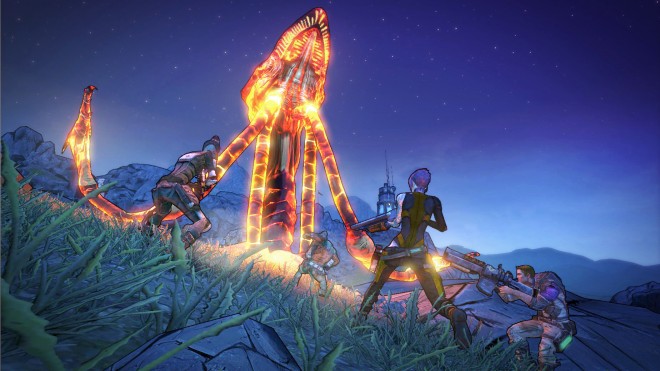 With the recent rise of modded characters and public modded saves in the world of Borderlands 2, it was only a matter of time before something dangerous would come of it. Unfortunately for all you vault hunters, that time is now.

As of recently, there has been numerous reports of a bug that’s capable of deleting your whole character. Yes, you read that right. Not only that, but it is able to reach all of your other character saves as well, thus rendering all of your time spent so far in the lovely world of Borderlands 2 meaningless.

This file corrupting infection known as ‘Graveyard.Sav‘ can only be spread by joining in a co-op game with a person who is currently playing with a modded character that has accidently turned on ‘Bad Ass Mode’ when modding their character. Thankfully, you can easily tell if a character has been modded if their current level is higher then the level cap of 50. This also applies to co-op games with a person who has recently been in a room with a modded character. In this way, they can unknowingly spread it to the rest of their co-op buddies who then themselves won’t know they’re infected until they witness the below symptoms.

You will know if you have been hit by this devastating bug when you are downed by any enemy, including bosses, and can’t respawn nor revive yourself when you hit ‘fight for your life’ mode. Doing so will cause you to either enter an unusual free camera roam while in ‘fight for your life’ mode or get booted from the game. You will then end up on the main menu as the bug overwrites your character save file with a file called ‘Graveyard.sav.‘

For now, it is advised that everyone just avoid the Co-Op portion of Borderlands 2 all together, including playing with your friends until Gearbox comes up with a fix for this issue, which they are aware of and are working on a fix at the moment. If you don’t already have one, it might be beneficial to purchase a flash drive to save all your Borderlands 2 character saves to in order to ensure you have a safe back-up if you are some how hit with this bug.

If you do happen to be infected by this bug, there is still some hope that you won’t lose your character entirely by following these simple steps:

Note: Though the above is not a permanent fix, it doesn’t allow your file to be overwritten by the Graveyard.sav file. Also, this viral infection seems to predominantly happening on the PC and Xboc 360 platforms. So far, the PS3 has seen no reported cases of this virus spreading.

For more updates on this matter, make sure to check back with us often as we will keep you guys updated.

In other related Borderlands 2 news, Microsoft is finally finished with their certification process of Borderlands 2 patch V1.0.2 for the Xbox 360 and is now available for download the moment you boot up. You can read all of the patch notes here.

Have you been affected by this virus?

God of War: Ascension Beta This Winter For PS+, New Trailers and More