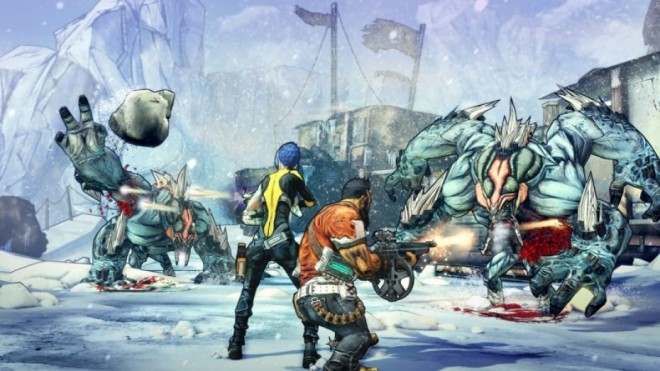 As of today, the good folks over at 2K Games and Gearbox Software have just announced that their highly anticipated sequel Borderlands 2 will offer a season content pass priced at $30.

The Borderlands 2 Season Pass is set to include four brand new add-on content campaigns following it’s release this upcoming September for the PC, PS3 and Xbox 360. These are set to feature hours upon hours of more Pandorian bandit slaying, new adventures, allies, enemies, environments and of course loot hunting, on an already massively long game.

If you don’t want to jump the gun yet and rather buy each DLC add-on separately, in case if you have doubts and don’t want to be faced with buyers remorse from getting the Season Pass without more information on what’s exactly is going to be included in them, fear not. Each DLC add-on for Borderlands 2 will be priced at $9.99 (PlayStation Network/PC) or 800 Microsoft points (Xbox). But if you do decide to buy it, you will also be saving a cool $9.99 from the upcoming DLC add-ons.

Once purchased, the Borderlands 2 Season Pass will enable  gamers to download all of the announced add-on content for free as they become available on the PlayStation Network, PC and Xbox Live marketplace.

For more Borderlands 2 content goodies, take a look at the pre-order bonuses Borderlands 2 is set to offer. Such as a free token to download the fifth playable character class, the Mechromancer, which is not included in the Season Pass package and will be available 60-90 days after the initial game release as well as the Gamestop pre-order exclusive and Creature Slaughter Dome which you can get a good look at here.

Don’t forget that Borderlands will also be free to PSN+ subscribers next week, so if you haven’t checked the game out yet, next week will be a good time to do so.

Borderlands 2 is set to release on September 18th in the North America region and internationally on September 21st.