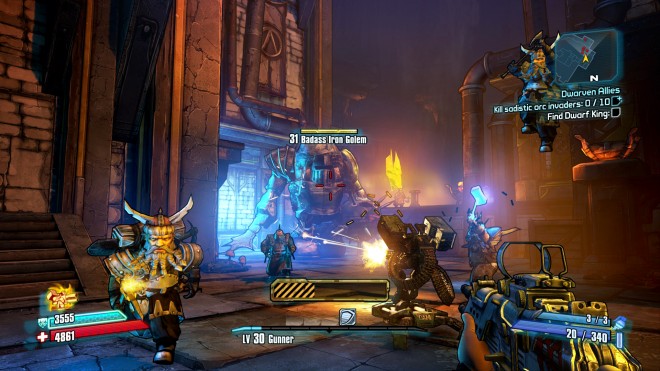 Fans of Borderlands 2 on the Xbox 360 platform can expect to be greeted by an update tomorrow, the next time they boot up their copy of the game.

Although, this update doesn’t contain anything significantly new, it will offer increased stability for long game sessions and fixes that have already been implemented in the recent PC/PS3 update that went live last week. Check out the full patch notes below:

Additionally, there’s no word yet on how Gearbox is going to fix the customization items featured in their latest DLC, Tiny Tina’s Assault On Dragon Keep, which are currently not included in any loot pools for any enemy, nor is it given out in any quest.