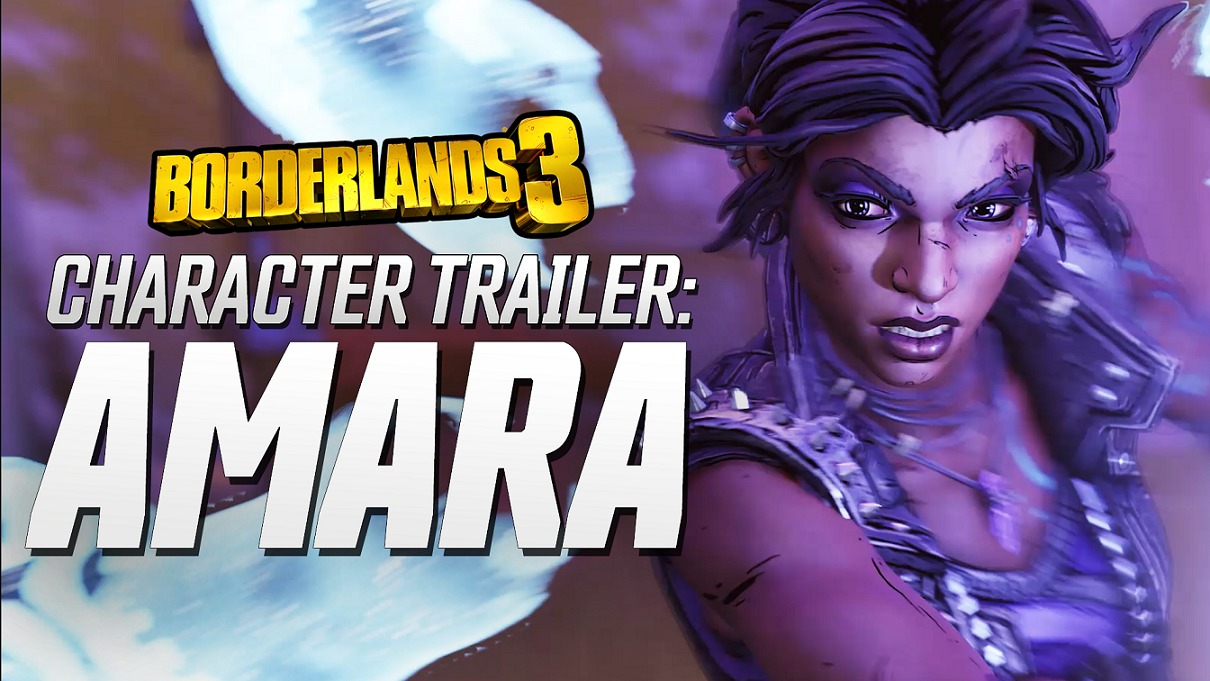 As part of Gearbox Software’s on-going Vault Hunter character profiles for Borderlands 3, we now get our official Borderlands 3 Amara trailer that introduces us to the character. Check it out below, along with the full list of abilities and skills.

Amara the Siren is a well-renowned hero to the people, but Borderlands 3 is her chance to shine as a badass Vault Hunter. Using her supernatural Siren abilities, Amara pulverizes her enemies with astral projections, pounding them into a bloody pulp with fists formed from pure energy. We’re taking a top-level look at Amara’s three distinct skill trees—Fist of the Elements, Mystical Assault, and Brawl—to help you decide which build best suits your preferred playstyle. But no matter which way you go, Amara will absolutely bring the beatdowns.

FIST OF THE ELEMENTS

“For an early advantage, Amara players can go down the Fist of the Elements skill tree and grab Infusion and the Soulfire Action Skill Element. This will convert a portion of your weapon damage to Incendiary Damage. Incendiary Damage is great for flesh enemies, so Children of the Vault bandits and Skags are very vulnerable. Paired with Anima, Tempest, or Wildfire, Amara quickly becomes an elemental wizard who applies DoTs to incinerate the battlefield.” – Grant Kao, Game Designer

Make Amara a maven of elemental damage with the Fist of the Elementsskill tree. Using the Phasegrasp Action Skill you can lock an unfortunate enemy in place, crushing them in the grip of a giant astral fist. While they’re helplessly squirming to break free, you have the perfect opportunity to fill them full of lead, lasers, electricity, or whatever method you favor for ending their miserable life.

You’ll find plenty of ways to amplify your elemental damage output as you progress through the Fist of the Elements skill tree, from flat bonuses like increased magazine size with elemental weapons, to impressive passive abilities like ricocheting bullets. Here are some other elements-focused skills:

Relentless, sustained attacks are a hallmark of the Mystical Assaultskill tree. Kick off your skirmishes with a Phasecast, an astral projection that bombards everything in its path with a flurry of fists. Then tear your way through the softened-up enemies to score stacks of Rush, a bonus provided by starter skills in the Mystical Assault skill tree that activate buffs whenever you consume stacks by using an Action Skill.

Take the title of Pandora’s prize pugilist with the Brawl skill tree. It’s a great option for melee specialists who love wading into the middle of a fight and punching everything in sight, which is the perfect opportunity to drop a well-timed Phaseslam that knocks nearby enemies into the air with an earthshaking ground slam. If anyone’s somehow still standing after you came in like a wrecking ball, you can put them out of their misery with a few bullets.

Early on in the Brawl skill tree, you’ll find passive abilities that up your survivability, so you can tank a few hits as you close the distance for some hand-to-face melee. Beyond skills that increase your maximum health and give you some damage resistance, you’ll find skills like:

You’ll find some alternate Action Skills along the Brawl skill tree, like the ability to fire an elemental beam from the air before slamming down on your laser-fried foes. If you fancy yourself a melee fanatic, the Brawl skill tree will help you barrel your way into scuffles and punch your way to victory.

Check out Zane’s character bio here, and we also ran something for Moze too.

Borderlands 3 will be out this September 13 for the PS4, Xbox One, and PC.