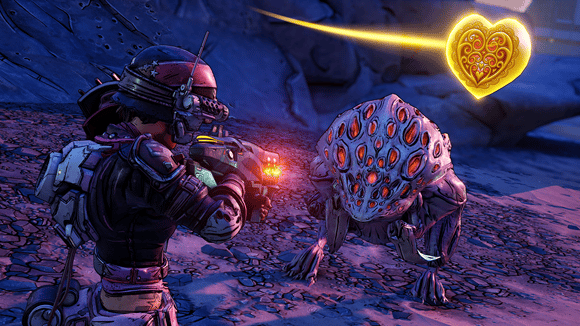 Don’t have a date this Valentine’s Day? Don’t worry, Gearbox has you covered, as the studio has released the Borderlands 3 update today February 11 which brings the Broken Hearts 2021 event into the shooter! Note that this is a server-side update, and the event goes live at 12 p.m. PT! Players can apply the hotfix by waiting at the main menu until you see a sign that says “Hotfixes Applied.”

Aside from the Borderlands 3 Broken Hearts 2021 event, there are also gear adjustments included in this hotfix. 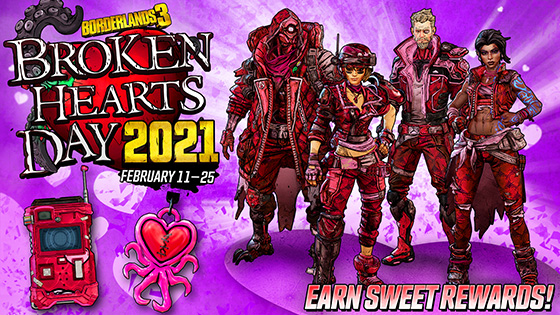 Hearts aren’t all the same, of course, and during this event there are six distinct ways they can break. Some will fall to the ground with a fiery explosion, while others will drop loot, regenerate your health, or briefly turn nearby enemies into allies. Word has it there are even rare hearts that will spawn groups of ghosts from the Bloody Harvest, affording you an off-season opportunity to score some spooky loot.

Maurice places an equal value on all the various heart types and will keep track of how many you’ve broken. Obliterate enough hearts, and he’ll mail new Broken Hearts Day rewards for your troubles:

Vault Hunters that helped the sentient Saurian last year will notice that this year’s Broken Hearts Day seasonal event includes recolored ECHO skin, Weapon Trinket, and Vault Hunter Skin cosmetic rewards. It also brings back last year’s Legendary guns— which can only be obtained during this event— at the current level cap of 65.

Now go out there and break some hearts, people!