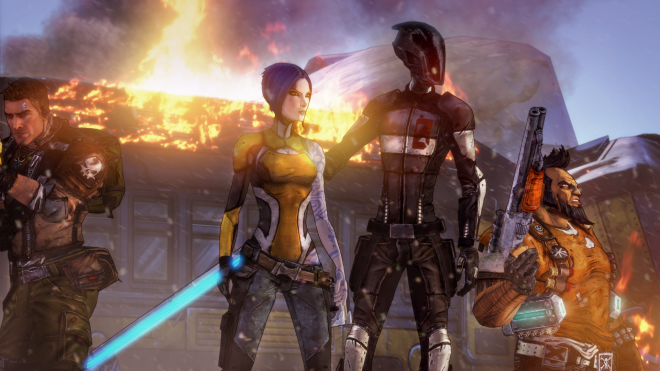 With the great success of the recently released Borderlands 2, one has to wonder if the team behind this unique mesh of RPG and FPS elements will ever let the fans of Borderlands get to see a  third installment of this franchise.

Fortunately for us Borderlands fans, the lead writer of  the Borderlands franchise, Anthony Burch, has recently revealed during ‘The Totally Rad Show’ that Gearbox Software have already started throwing ideas together on what they would like to see in the third installment of this highly addicting FPSRPG.

Sadly, not much else was revealed about Borderlands 3, nor anything about what’s to come in the four DLC expansion packs that Borderlands 2 is scheduled to receive by June 2013. What we do know is that these expansion packs will be at least the size of General Knoxx’s secret armory, which happened to be the largest expansion from the original Borderlands.

With that said, I’ll leave you guys with this fantastic video of gearboxsoftware.com’s member Nolaftw fighting two secret bosses at once!