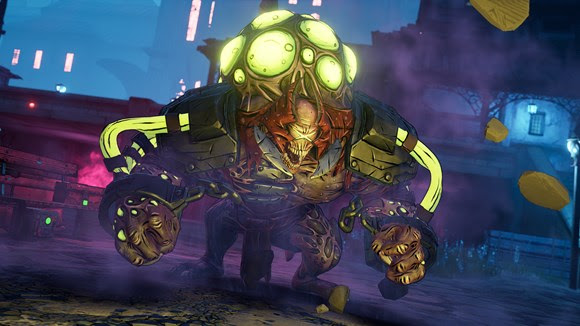 As prveiously announced, Gearbox Software has released the Borderlands 3 update that brings the second campaign DLC — Guns, Love and Tentacles: The Marriage of Wainwright & Hammerlock — and lots more! This should show up as Borderlands 3 update 1.10 and is a 5.5GB download on PS4.

For the new single-player DLC, here’s what you can expect, and where you need to be in the main campaign to play it:

In order to reach Xylourgos with an existing Vault Hunter, you’ll need access to Sanctuary III, the starship you unlock by completing Episode 5 of Borderlands 3’s main story campaign. When you’re ready to travel to Xylourgos, look for the invitation – highlighted with a yellow exclamation mark – in Hammerlock’s study.

Alternatively, you have the option to create a new Vault Hunter and bypass the opening acts of the Borderlands 3 story so you can head straight to Xylourgos. If you have a campaign add-on installed and would like to play that content with a fresh Vault Hunter, select Play on the main menu, followed by New Game. You’ll then be able to choose which storyline you want to jump into.

If there are any gameplay changes and whatnot, we’ll update the post.