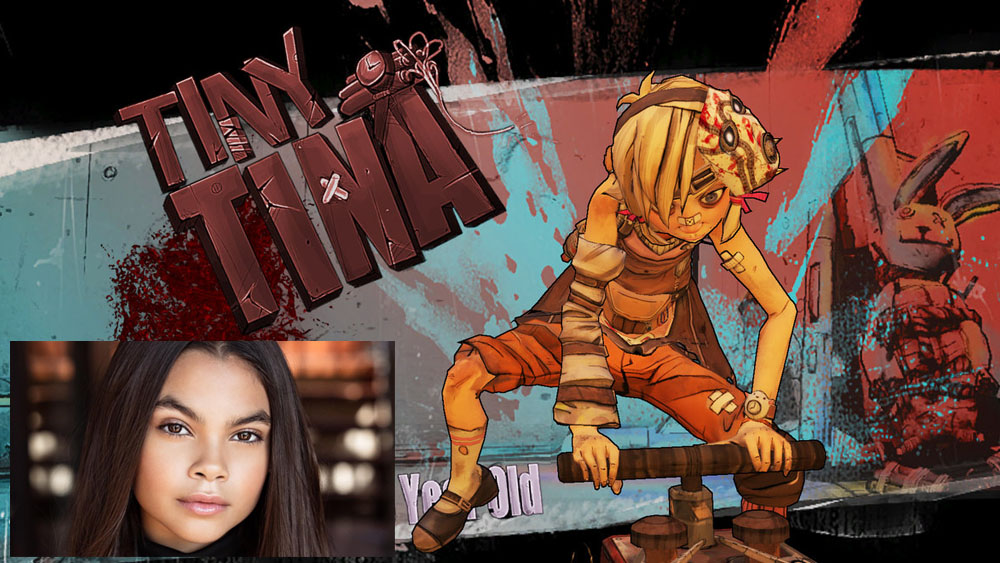 Here’s the tweet from Gearbox themselves announcing the young actresses’ casting.

In a statement, Roth expressed nothing but excitement for Greenblatt’s casting as one of the popular NPC characters from the Borderlands franchise.

“Ariana is a spectacular new talent in cinema. She has already worked with many of my close collaborators and… She blew us all away in her audition, and I cannot wait to see her bring the wild, insane, and unpredictable Tiny Tina to the big screen.”

As an NPC that has appeared throughout the series, Tiny Tina is described as an “unstable thirteen-year-old explosives expert” who is on a quest for revenge for the death of her parents. Greenblatt, who played the young Gamora in flashbacks and during the Mind Stone scene with Thanos in Avengers: Infinity War, will be joining another stellar cast of stars that already includes Cate Blanchett, Jamie Lee Curtis, and Kevin Hart.

Speaking of castings, Jack Black is taking on the role ClapTrap on the film.