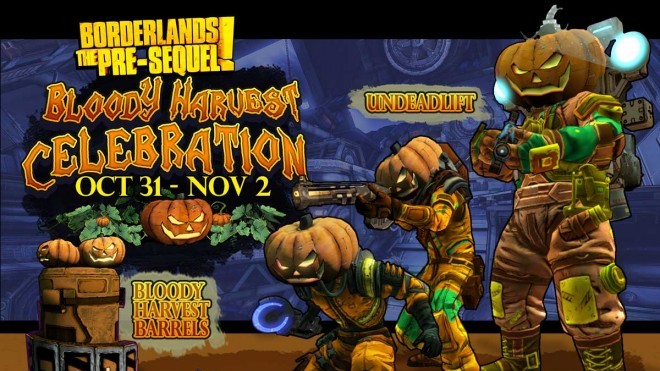 As we previously reported, Gearbox president Randy Pitchford hinted at a very special in-game event for Borderlands: The Pre-Sequel kicking off soon. Following up on the news, Pitchford has made good on his promise.

This in-game event, now live as of this writing, is none other than Borderland’s own version of the Halloween festival, Bloody Harvest, which will see some Halloween-themed aesthetics taking over the Pre-Sequel. 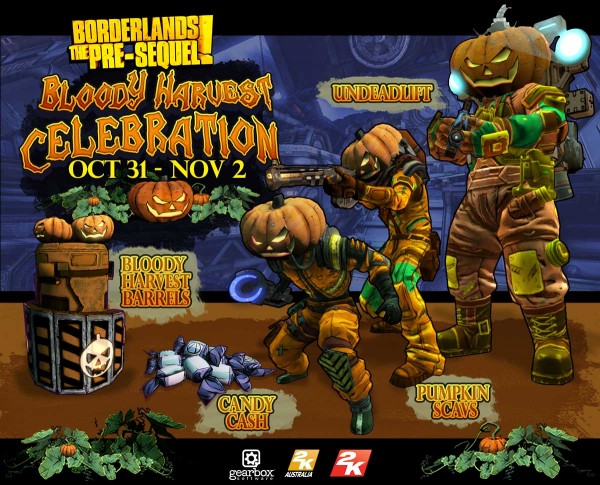 Scavs, for example, are getting a pretty frightening make-over, and much more. One of the first bosses you face in the game, Deadlift, is also getting a new moniker to fit the event, “Un-Deadlift”. In addition, he will also have the chance to drop the unique Torgue Jack-O’-Cannon shotgun.

The Bloody Harvest in-game event won’t last long, as it’s expected to expire on November 2. For those who also want to participate, having a internet connection while playing the game is required in order have the Bloody Harvest event active.