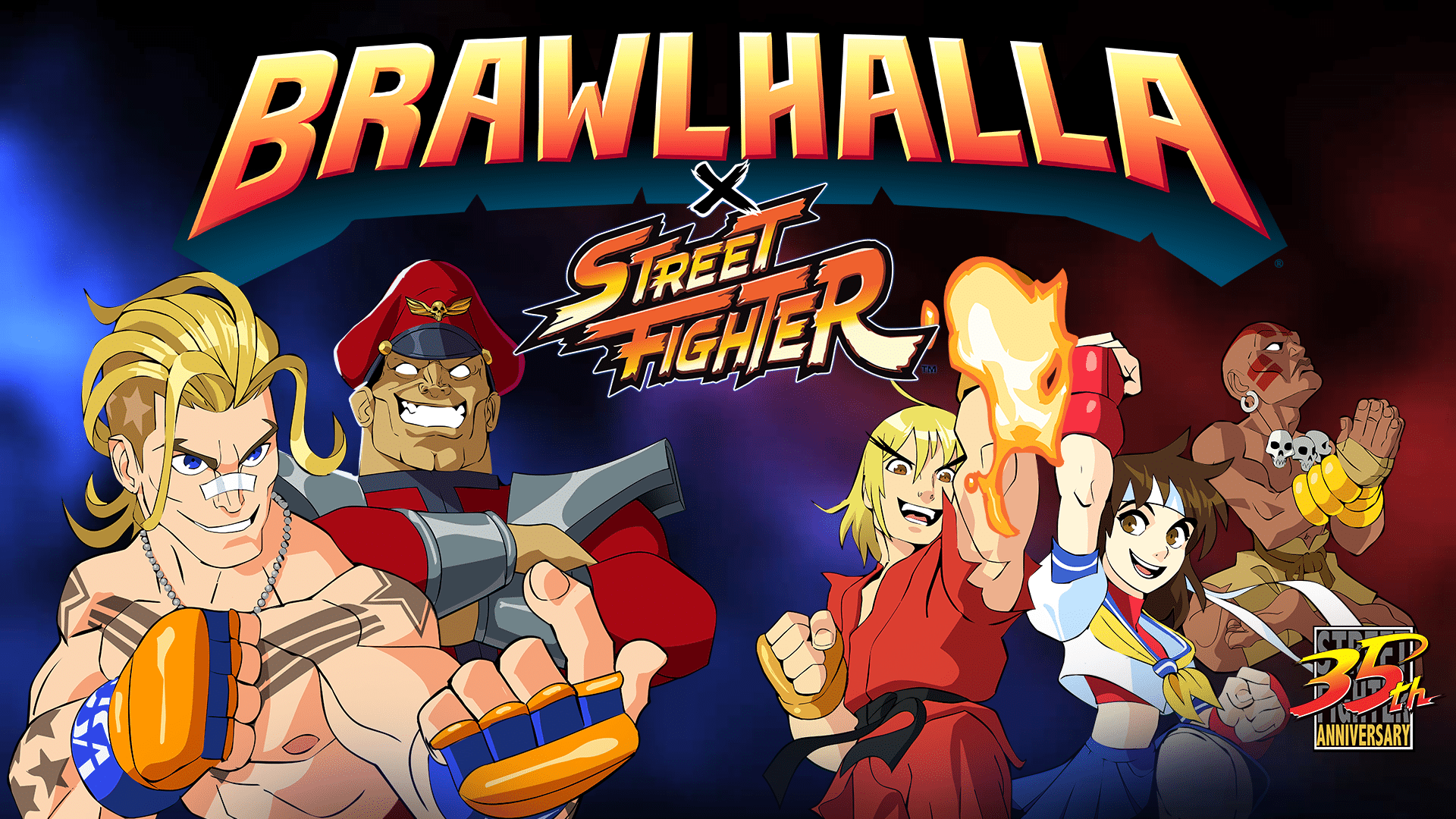 Ubisoft has released the Brawlhalla update 10.65 patch today, and this one is for the second part of the Street Fighter collaboration! Check out the full Brawlhalla May 25 update patch notes below.

Follow the Satsui no Hado symbol in Mallhalla to discover all the Street Fighter Crossover items, including Ryu, Akuma, Chun-Li, and so much more!

This update also includes a balance pass for Arcadia, new Test Features, game improvements, and much more. Check out the new Xianxia Bundle too, available now with Prime Gaming!

In Brawlhalla, M. Bison, Luke, Sakura, Ken, and Dhalsim mirror the abilities of Thor, Cross, Lin Fei, Petra, and Rayman, respectively, and will stay in Mallhalla after the event ends. ©CAPCOM CO., LTD. ALL RIGHTS RESERVED. Get ready for action as another fight is coming your way! Choose your fighter and brawl in this 1v1, 8-minute match on the Bustling Side Street. Watch out for the side walls as they slide away to help knock your opponents into oblivion. Defeat your opponent first in this stamina mode to win!

After many rounds of testing, Easy Anti-Cheat (EAC) will now be enabled on Steam and enforced in ranked and tournament lobbies. Players who do not want to use EAC can still disable it with the ‘-noeac’ launch parameter and can play custom matches or non-ranked game modes.

This new feature removes the slight tint when a player is out of Jumps. This information is better communicated through the graduated Out of Recovery visual effect that includes the “sweat beads” appearing on the player.

The previous iteration of Experimental Dodge Cooldown proved to be an overly long duration for general gameplay, and took too much power away from being grounded and having stage control. This new iteration brings down the maximum Air Dodge Cooldown slightly more, from the previous Experimental value of 2.16 seconds to a flat 2 seconds. This Air Dodge cooldown does not get reduced when landing. Dodging from the ground previously shared that 2.16 second cooldown in Experimental, but now has a flat 1 second cooldown that is identical to non-Experimental Dodges that begin on the ground. Any Chase Dodge causes a 1 second dodge cooldown, even if it is performed in the air. This grants the ability to Chase Dodge much more often and off of most any hit, while still retaining a quick Dodge cooldown that can be used to outplay your opponent. Striking an opponent will carry a similar advantage in Dodge Cooldown as maintaining ground or stage control.

While general balance is locked for the Midseason Championship, this patch brings Arcadia into the tournament scene with her first round of adjustments. These changes had been previously announced to provide this information early enough for those competing in the Midseason Championship on brawlhalla.com/balance-preview and through our official esports Twitter, @ProBrawlhalla. Arcadia’s Neutral Spear now has significantly greater Recover time on miss, as it was too low risk for its overall coverage. We have also reduced the Force on this attack to bring its knockout potential in line with other similar Signatures. Arcadia’s Side Spear has also received a decrease in Force to better fit its travel distance and how far it carries a target before knocking them away.

Harness the power of the Jade Mask with the Xianxia Bundle! This limited-time pack includes:

This promotion is available to all Amazon Prime members. Claim your loot at https://gaming.amazon.com/loot/brawlhalla.

That’s it for this latest Brawlhalla patch. Stay tuned here at MP1st for future updates!