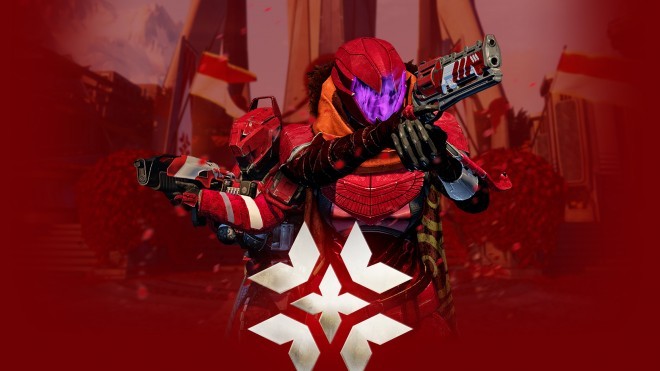 This Valentine’s week, Bungie is inviting you and your date to test your love in the Crucible in a new 2v2 elimination playlist called Crimson Doubles.

The new activity will go live during Destiny’s Crimson Days event, which takes place between February 9 to February 16, as we learned last week. In it, two fireteams of two will face off in a first-to-five battle where interesting new mechanics come into play once one player in a fireteam has died.

According to Senior Designer Leif Johansen in Bungie’s latest Weekly Update, the last man or woman standing in a fireteam will receive the Broken Heart buff. “When you find yourself alone in the fight, you gain maximum ratings for Armor, Agility, Recovery, and Weapon Handling speed,” he explained. “Hearing Bungie devs swear vengeance for their beloved Crimson partners during playtests sealed the deal for me.”

Throughout, players will be able to complete Crimson Bonds quests from Lord Shaxx and earn new Shaders and Ghost Shells that drop up to 320 Light. Crimson Candy can also be consumed for a 30-minute weapon XP buff that will apply both party members. Lastly, kills from both Guardians will count towards the new Crimson Days Bounties. You’ll find the official Crimson Days page at Bungie.net.

In the latest update, Bungie Design Lead Lars Bakken also offered a quick follow up to the PvP connection testing that’s been taking place in this week’s Iron Banner playlist. Though the ultimate goal is to reduce lag by getting the new matchmaking settings into all playlists, it may take some time.

“The plan is to keep looking at data, listen to the community, keep you updated, and see how much more we can do to make the experience better,” Bakken wrote. “Of course, the end goal has always been to push this out to our other playlists so they can share in the love. We’ll do that when we feel like we have a good solution we’re happy with. More to come on that once we have a solid plan.”

Did you take part in any of the test phases this week? Notice any differences? Let us know in the comments!

Respawn’s Next Titanfall Game ‘Looking Fantastic,’ Will Launch By End Of March 2017