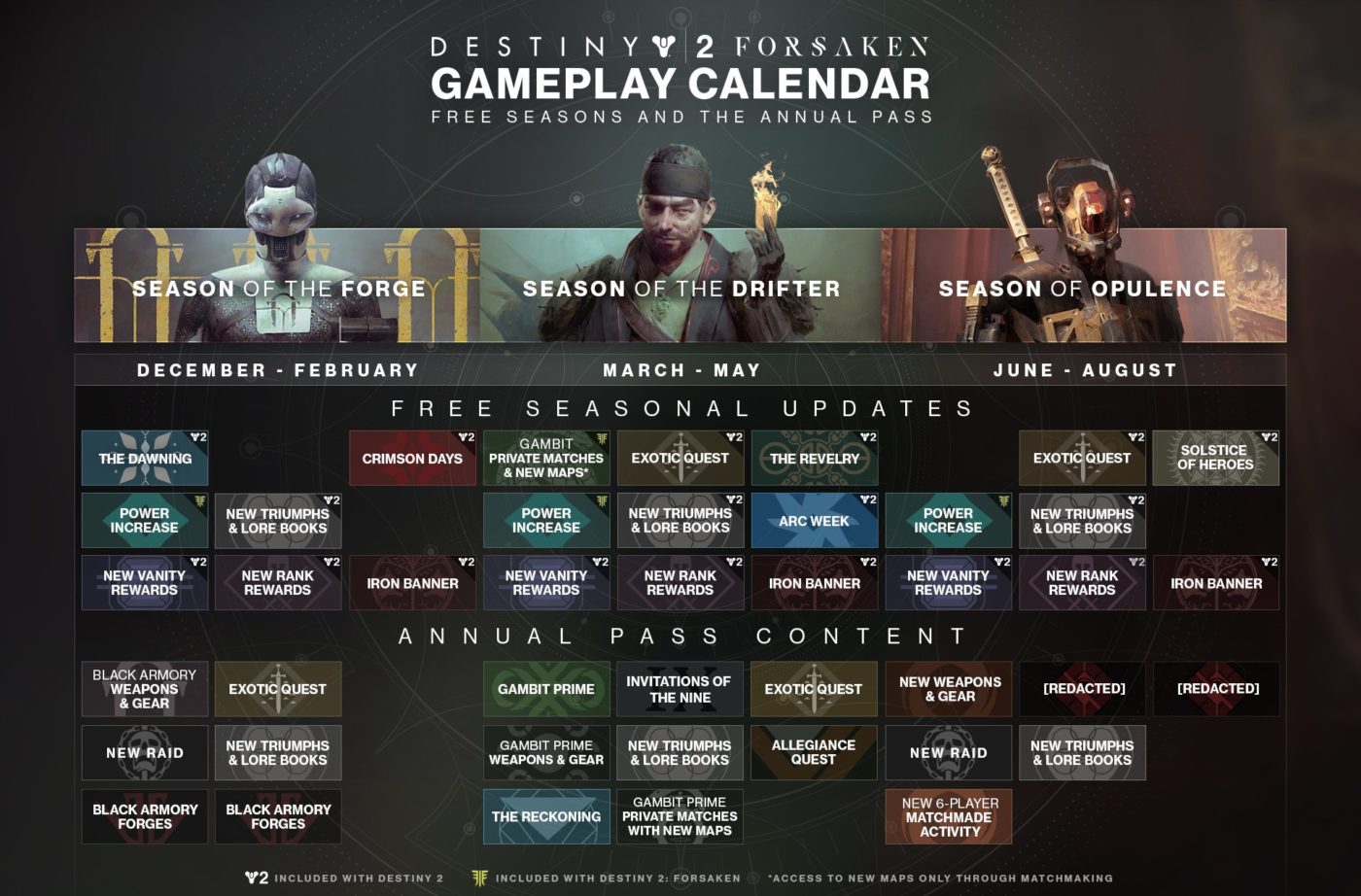 Bungie has announced that they’re going to give away the Destiny 2 year 1 pass free to all players who own the Forsaken expansion. While the motivation behind this hasn’t been explicitly explained, it’s clear that Bungie wants all Destiny 2 players to be as far along the game’s story as possible before Shadowkeep releases on October 1, 2019.

Destiny 2’s Shadowkeep expansion and the new free-to-play version of the game, Destiny 2 New Light, both launch at the start of October. While Destiny 2 New Light will bring most of the core Destiny 2 story to players for free, it misses out on the last large scale expansion, Forsaken. The story in Forsaken isn’t essential for players to know, but they might get a shock when moving from the end of the Destiny 2 story to Shadowkeep once they notice that a key NPC is no longer in the game.

Due to this huge plot point in Forsaken, and the fact that Bungie wants players to know as much of the Destiny 2 story as possible before they play Shadowkeep, Bungie is encouraging players to purchase the expansion before September 17, 2019, after which they’ll give the year 1 annual pass away for free to anyone who owns Forsaken. The year 1 annual pass packs in all of the seasons of Destiny 2 that have launched since Forsaken did, with the latest being Season of Opulence.

This is a great deal for anyone who hasn’t purchased the pass yet, since it costs around $35 by itself. After October 1, 2019 seasons will be changing, and instead of an annual pass, players will purchase seasonal passes that are similar to battle passes, allowing them to chart a premium course through the season’s content if they want to.

The other reason that Bungie is giving away this year 1 pass for free is that Destiny 2 New Light players will need to purchase it if they’re going to experience everything Destiny 2 has to offer. The free-to-play version of the game doesn’t include access to Forsaken content or Shadowkeep content, meaning players will need to purchase these expansions in order to play everything in Destiny 2. Bungie is trying to keep the costs down for these players by offering the year 1 pass for free, meaning most players should only need to purchase the Forsaken expansion at this point.

However, it will still be possible to play through the sandbox areas from both Forsaken and Shadowkeep once Destiny 2 New Light launches. In this way players can experience a little bit of what they’re missing out on, which might entice them into buying the expansions separately.