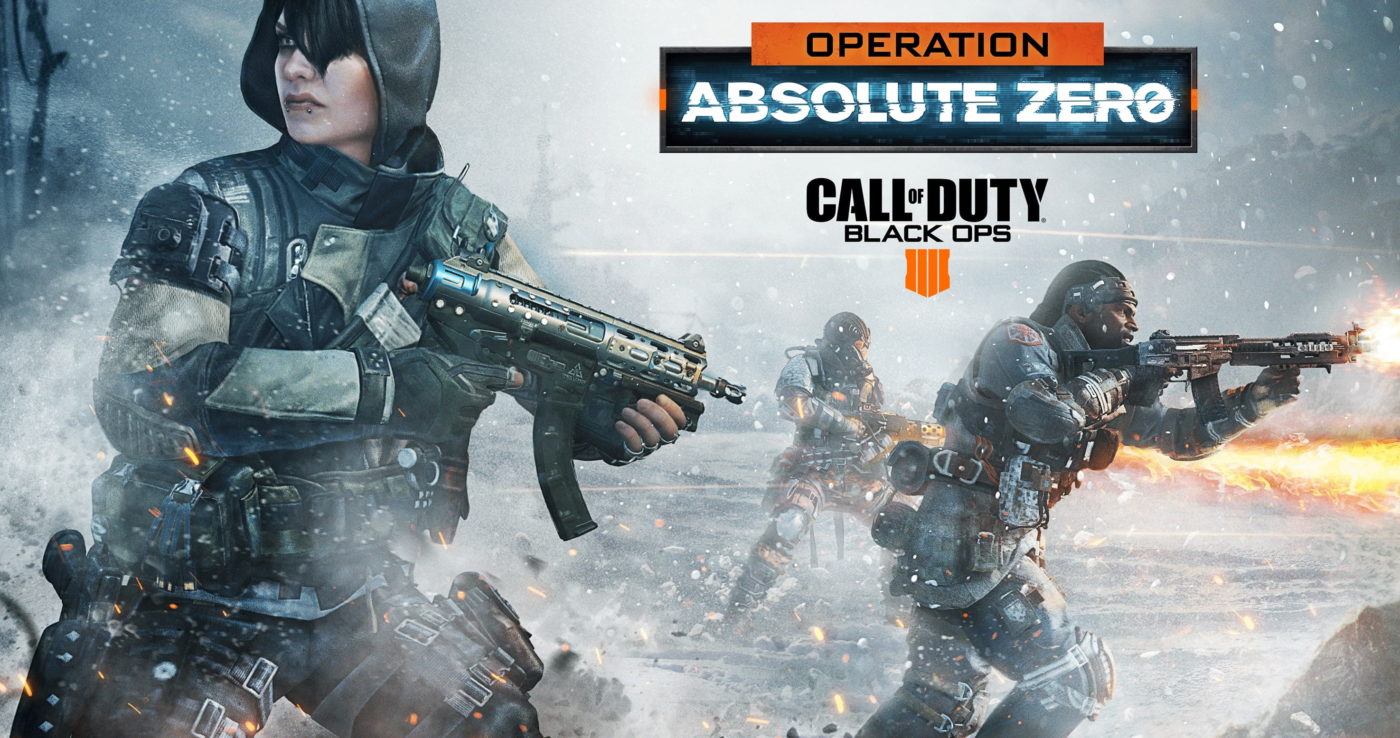 Just a few days ago, Treyarch announced that Operation Absolute Zero will be coming to Call of Duty: Black Ops 4 PS4 gamers tomorrow. While we’re getting a bunch of new cosmetic items in the new op, the highlight here is the new Specialist named “Zero.”

Thankfully, we don’t have to guess what she can do! In a new trailer, we get to see the new abilities Zero will employ against her enemies! One of the skills she has is called “Disruptor,” which is an EMP grenade that will cause nearby electronics to malfunction — though we don’t know for how long. Her main ability (her ultimate) is called the “Icepick,” and seems to be a remote controller explosive device. Watch both in action now along with the new character skins in the Black Ops 4 Absolute Zero trailer below!

Aside from Zero, we also get to see the new guns in action too! Make sure to watch the trailer again to catch any details you might have missed.

Want to know everything that’s coming in Operation Absolute Zero? Check out this detailed info post!

Operation Absolute Zero will go live tomorrow on PS4, and will be available on Xbox One, and PC a week later. Once the patch is out, we’ll be sure to let our readers know.

What Is eSports Betting?