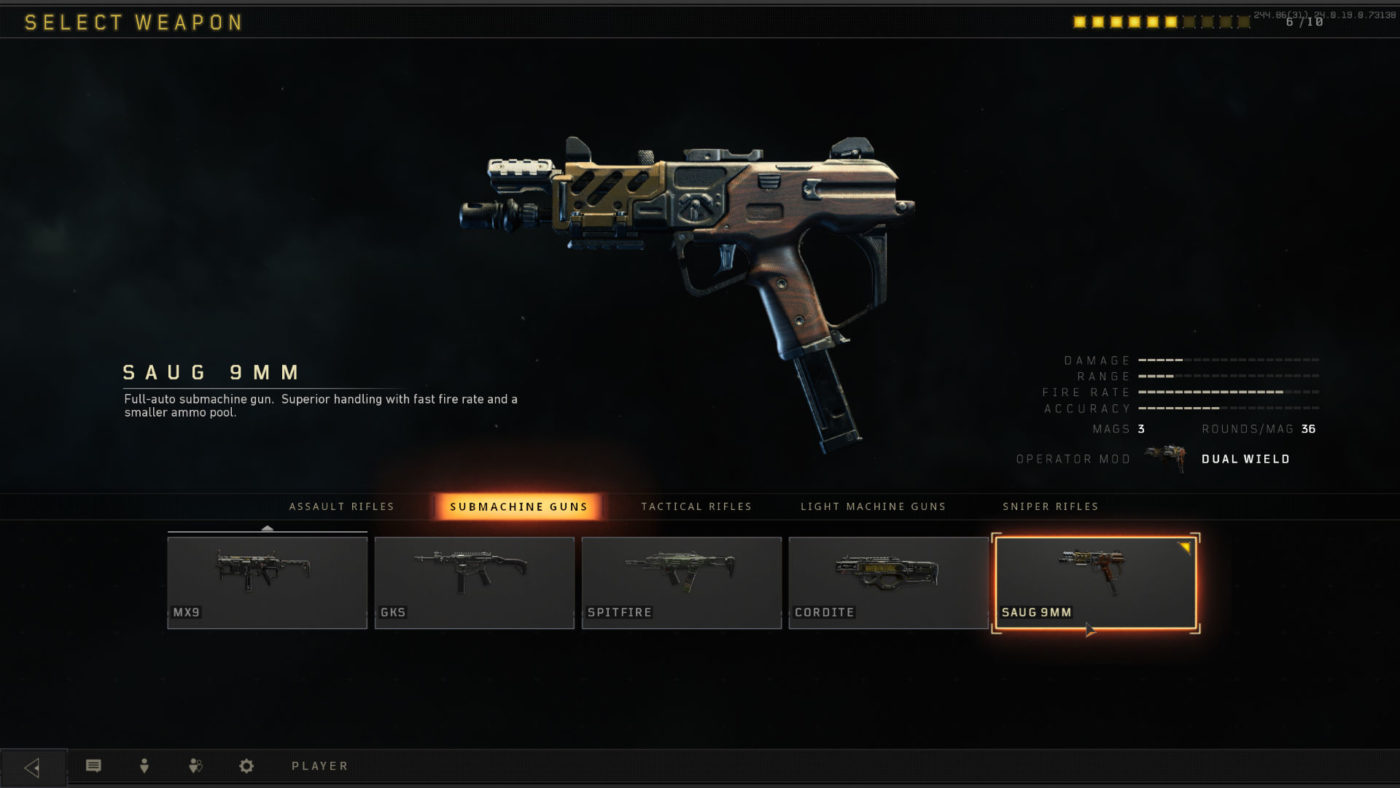 With Call of Duty: Black Ops 4 now out more than a month into the wild, you can pretty much get a good grasp of which guns are getting the most use, and which ones are considered the best by the community.

For this first entry in MP1st’s gun guide, we take a look at the SAUG submachine gun!

This build will let you weave in and out of confrontations, and relies on you getting the jump on enemies. Be prepared to rush the enemy but from behind!

If you’re only planning to use two attachments, feel free to add another perk (I recommend Engineer so you know where Barricades, Spawn Beacons, etc. are).

Do not engage in long distance firefights. Run and flank! Don’t be afraid to hipfire as SMGs have tighter spreads compared to other guns.

Engage enemies close to short medium range. The SAUG has low recoil which should help you maintain accuracy while aiming down sight. Using the suppressor means you won’t show up on enemy radar when firing, and you can use that to your advantage by constantly flanking. Just remember to use Dead Silence if you’re planning on flanking or your enemies who are using Acoustic Sensor will “see” and hear you coming a mile away.

Using Dual Wield is dependent on how accurate you can be from firing from the hip. Just remember that you won’t be able to ADS when you have it equipped, and using an Operator Mod eats up three points in your Pick 10 class, which is generally not worth it.

The SAUG is not meant to be used in long-range encounters, so feel free to run away if you spot someone far away.

In one-on-one gunfights up close, the only gun that can beat the SAUG is the Spitfire, and even then, you can win a fair few if you get the jump on them. If you’re going up against Spitfire users, remember to engage them in longer ranges as that gun’s volatile recoil will be its undoing compared to the SAUG.

Are you a fan of the SAUG? What gun do you want to see us cover next? Share your thoughts in the comments below.