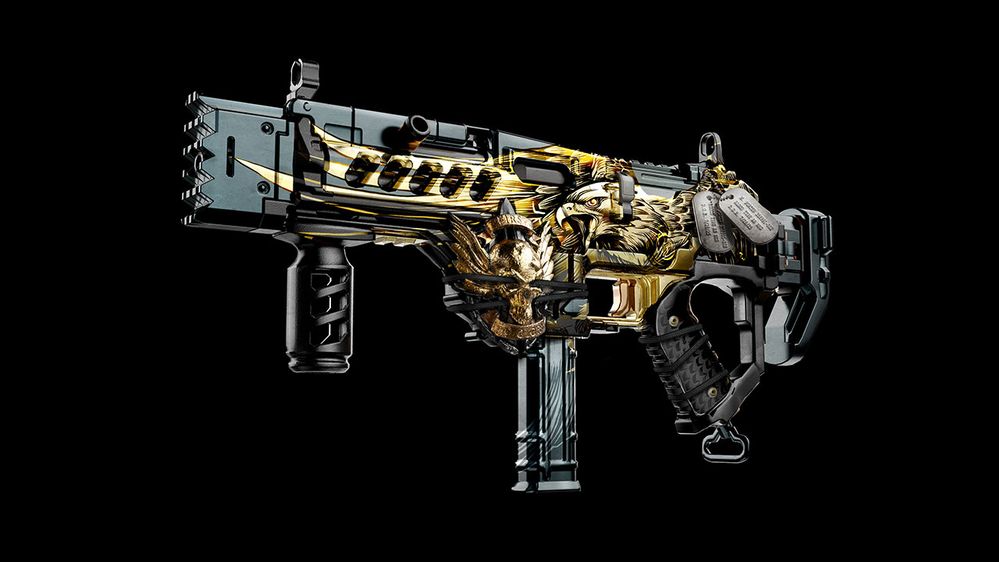 Now, before anyone gets too excited and assumes “Signature Weapons” are these paid weapon variants with game-altering stats, don’t. They’re purely cosmetic in nature! Signature Weapons are cosmetic variations of the base weapons each with their own challenges and rewards.

Here’s the skinny on the Black Ops 4 Signature Weapons addition straight from Activision:

For the first time in a Call of Duty game, Black Ops 4 will introduce Signature Weapons. These are cosmetic variations of the base weapons in Black Ops 4, each with their own challenges and rewards. Signature weapons do not have any game-altering stats and perform exactly like their base weapon counterparts. The beauty of Signature Weapons is in the additional layers of depth that they add to the game’s progression with their individual challenges. These challenges must be completed in order to unlock additional cosmetic rewards for that weapon, with the final being a Mastercraft version of the Signature Weapon.

Signature Weapons are the most badass looking weapons in Black Ops 4, and a badge of honor for the battle-hardened players that have invested the time to achieve the Mastercraft versions.

Gamers who buy the Digital Deluxe, Digital Deluxe Enhanced, Pro Edition or Mystery Box Edition of  the shooter will receive the MX-9 Signature Weapon on day one (it’s the image shown above with the eagle).

In addition to that, GameStop pre-order buyers will receive the Strige pistol Signature Weapon called “Divinity” on day one too. Players who can complete the in-game challenges with the Divinity, and manage to unlock all of its rewards can then obtain the “Divine Justice” which you can see below. 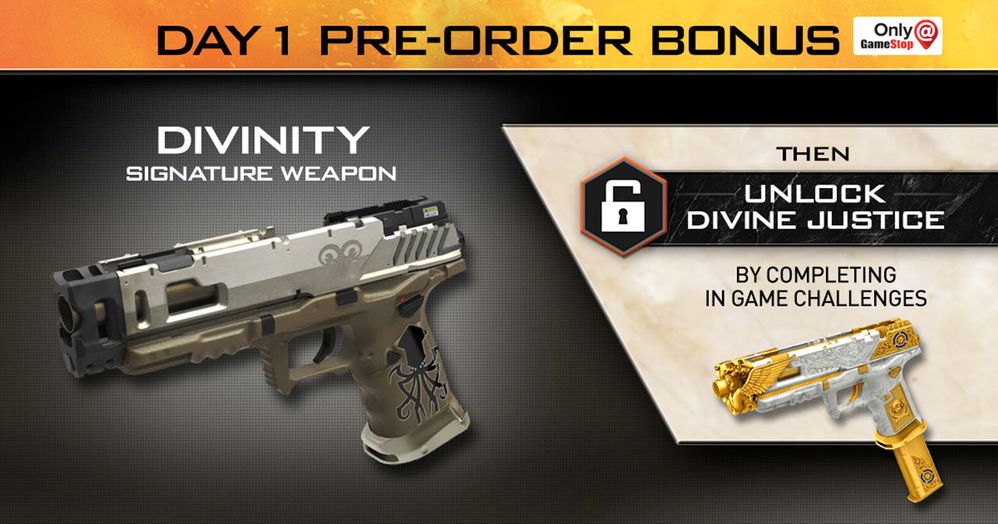 Not a bad addition the game’s progression system and carrot-on-a-stick game design, no?

In other Black Ops 4 news, make sure to read up on the info leak that made its way out last week! We also posted a story confirming the return of gestures in multiplayer.

Call of Duty: Black Ops 4 will be available this October 12 on the PS4, Xbox One, and PC.