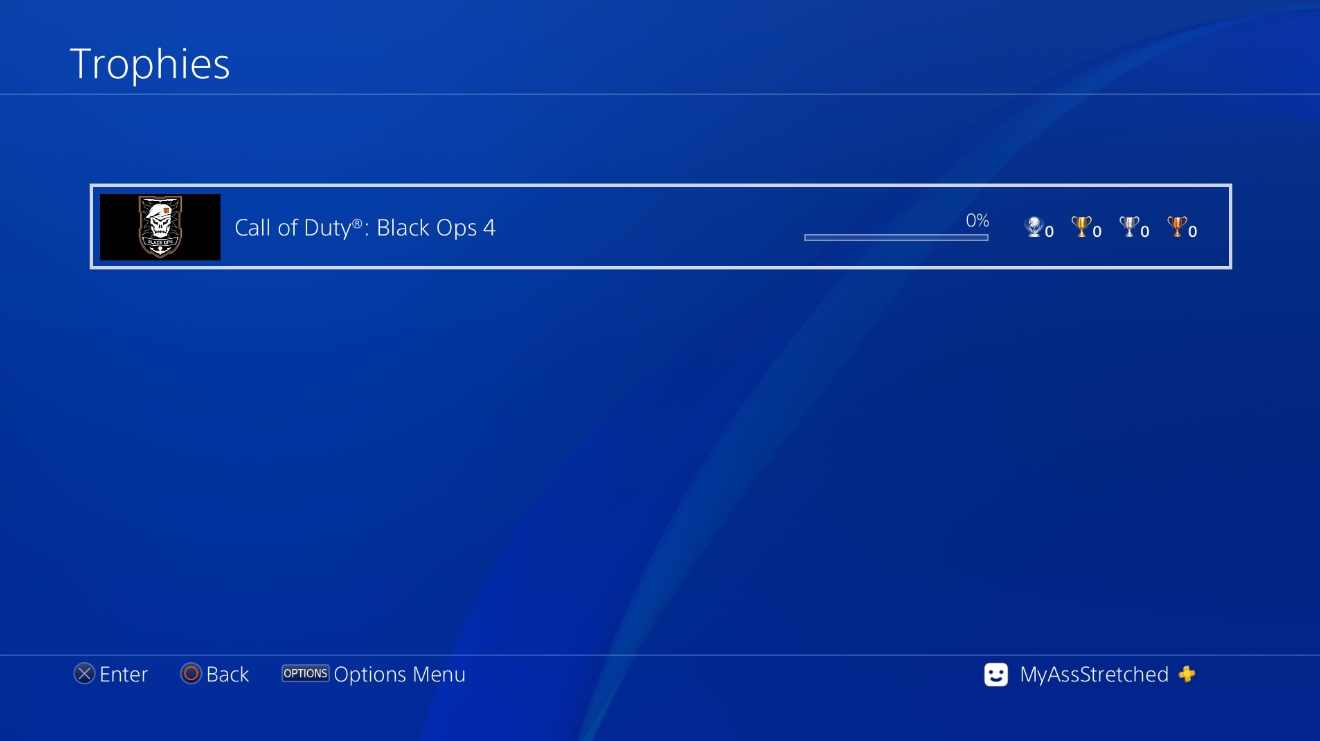 With Call of Duty: Black Ops 4 set to shoot out in just a few days’ time, expect leaks to crop up given how some people always manage to get their hands on a game before it’s street release date. PSN Profiles user MyAssStretched is one such guy, and he has listed the entire Black Ops 4 Trophies for everyone!

There’s a total of 63 Trophies which are broken down into: a (1) Platinum, one (1) Gold, eight (8) Silver, and 53 Bronze (which include the set from the upcoming DLC). The user states that the Black Ops 4 Trophy list comes with a DLC set called “Classified,” which puts the base game at 53 Trophies in total.

Before heading forth, make sure you don’t care about spoilers. While all the Black Ops 4 Trophies are centered around the three modes (multiplayer, Zombies, Blackout), some people might still want some form of mystery in getting ’em. You’ve been warned!

Same as almost every game, expect the Xbox One Achievements to be the same.

In other Black Ops 4 news, Treyarch has confirmed that the armor in Blackout is getting nerfed! The PS4 install size for the game is reportedly at 100GB, though there’s a chance the back cover might be putting in a placeholder number.

Report: PS Plus Free Games November 2018 to Be Bulletstorm and Yakuza Kiwami

“Russia 2055” Is an Indie FPS and Is Being Made by One Person, Watch the Trailer Now