Yesterday, we got our first unofficial look at Call of Duty: Ghosts‘ first piece of DLC via a leaked promotional poster listing the add-on and all of its content, also putting it at a January 28 release date.

Along with a new episode of Extinction, as well as a new weapon (or two), the poster revealed four new multiplayer maps; Fog, Bay View, Containment, and Ignition. You can catch all the details we know so far and check out the poster for yourself right here.

Interestingly, and thanks to the sharp eye of Reddit user “YeahMann“, we learned that one of the new maps in particular, Ignition, bears a striking resemblance to the fan-favorite Call of Duty: Modern Warfare 2 map, Scrapyard.

Clearly, it’s impossible to tell with 100% certainty from one blurry image alone, but the comparison is intriguing nonetheless. Check it out below: 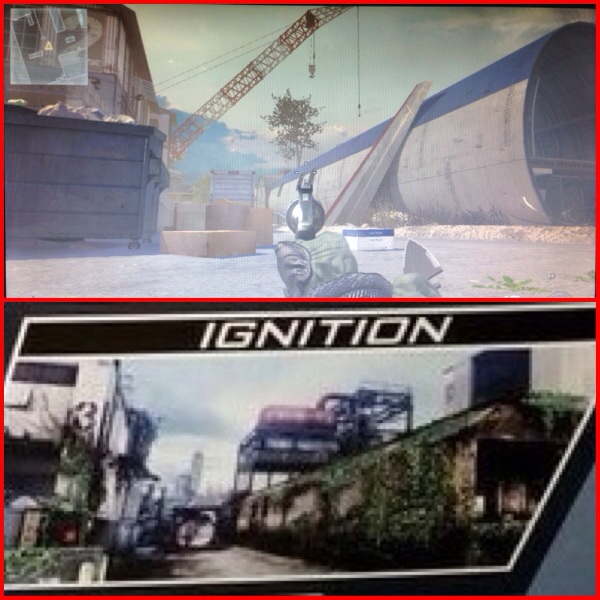 In addition to the similar layout, you’ll notice that even the warehouse numbers on the left are placed in identical locations. Again, it’s hard to tell without access to a complete overview of Ignition, but from what we have to work with, we might have just have a match.

Being one of the Modern Warfare series’ most popular maps, it wouldn’t be completely surprising to see developers Infinity Ward release a DLC map inspired by Scrapyard in Call of Duty: Ghosts. While the studio hasn’t been known to “re-skin” or “re-imagine” older maps in the past, there have been instances of re-released replicas of older maps, albeit visually updated, in Modern Warfare 2 and then once more in Modern Warfare 3.

However, the suspicious similarity between Ghosts’ Strike Zone and Modern Warfare 3’s Dome might indicate that the studio is making an effort to avoid cut-and-paste jobs, and is instead focusing on delivering new, yet familiar maps inspired by fan-favorite classics.

What do you guys think? Do you think that’s the case here? How would feel about about a new DLC map inspired by Modern Warfare 2’s Scrapyard? Let us know!