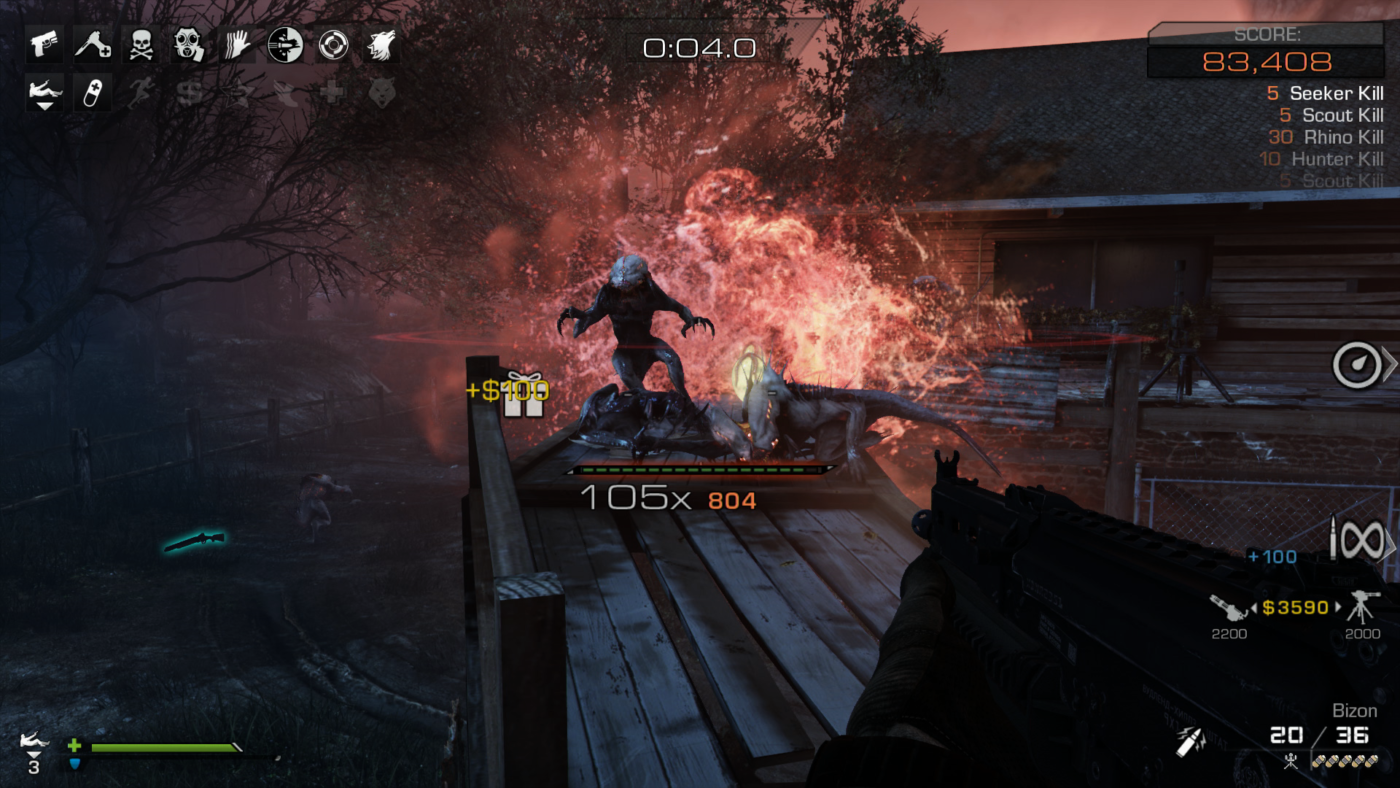 Curious to know more about the recently introduced “Chaos Mode” to Call of Duty: Ghosts Extinction?

PC, Xbox One, and Xbox 360 players may have noticed the update yesterday, bringing the Extinction variant of the popular Call of Duty: Modern Warfare 3 mode to Call of Duty: Ghosts. The update is also expected to make its way to PlayStation 4 and PlayStation 3 users soon.

Developer Infinity Ward wrote down a few notes, outlining some of the mode’s nuances. As you might expect, Chaos Mode is all bout filling your combo meter by damaging Cryptids, collecting weapons or upgrades, and using your abilities. The more you you chain together, the more powerful you become with additional Perk abilities and bonus drops.

Here’s a list of all the rewards and bonuses you can earn.

“Sit idly by and you won’t last long; stay in the fight and reap the rewards. As the combo meter reaches certain multiplier milestones, the following Perks will stack up in your favor against the Cryptids’ never-ending attack.”

“In addition to Perks, periodically bonus packages will drop that can help get your team out of a jam, including:”

Have you had a chance to try out the new mode? What are your thoughts so far?