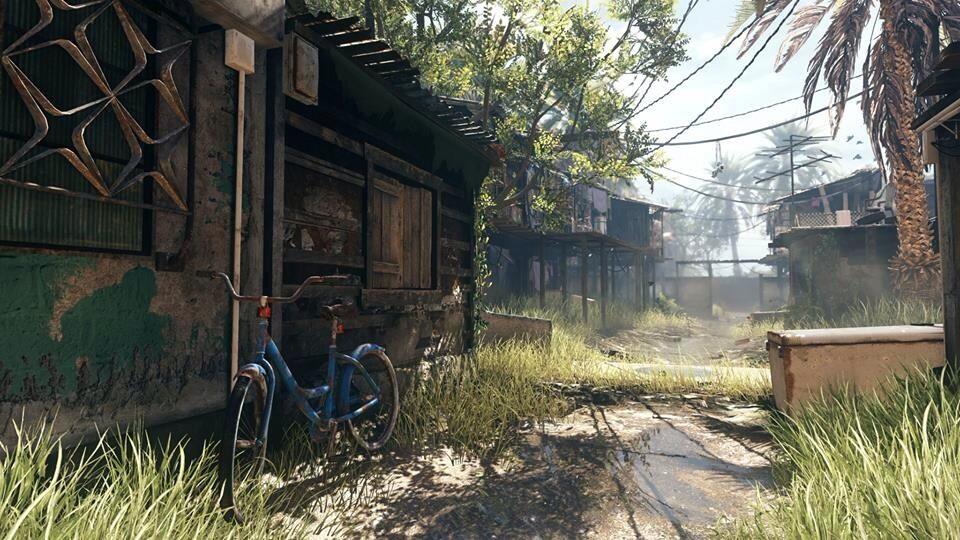 One of the most iconic Call of Duty maps of all time is getting a next-gen make over in Call of Duty: Ghosts Invasion DLC, launching on Xbox Live this June 3.

Favela, a fan-favorite map that starred in Call of Duty: Modern Warfare 2’s multiplayer, appears to have been largely left untouched when it comes to layout and theme. Though, you’ll notice a few improvements and differences that you can check out in the official video preview above.

“Since its original release, the Brazilian shantytown has seen substantial change,” writes developer Infinity Ward in their previous Invasion DLC announcement. “Buildings once under construction are now complete, while others have crumbled into a state of disrepair. Players must avoid falling to their death as they traverse the map from one building to the next, with ramshackle scaffolding creating varied pathways between structures, and enemy snipers taking advantage of the long sightlines.”

Reminiscent of the AC130 Killstreak from previous games, players who complete the map-specific Field Order reward will get access to the Y-8 Gunship to rain down fire on enemies with 104mm, 40mm, and 25mm cannons.

You can watch previous Invasion DLC map previews below as well:

Happy to see the return of Favela?

Hitting you with a bit of nostalgia, here’s the original Call of Duty: Modern Warfare 2 multiplayer reveal trailer, which you’ll find plays out almost exactly similar to the Call of Duty: Ghosts Favela trailer above and even highlights a similar game mode; Capture the Flag.

Can’t get enough Favela? Check out some of the gameplay captured by some of Call of Duty’s community members below: