You can now pick up Infinity Ward’s latest shooter for a really cool price of $20, according to recent price cuts on Microsoft’s official store.

Visiting the Call of Duty: Ghosts’ page on Microsoft Store, you’ll find $40 knocked off the Xbox One version and $30 knocked off the Xbox 360 version, dropping both titles to only $20. Reports are coming in that retailer Target has also knocked Call of Duty: Ghosts’ price down to $20 on clearance as well, though it doesn’t appear that the sale has reflected on the company’s online page just yet.

UPDATE: Reddit user tec2030 posted this image from a local Target location, confirming the $20 Call of Duty: Ghosts clearance sale at the retailer. 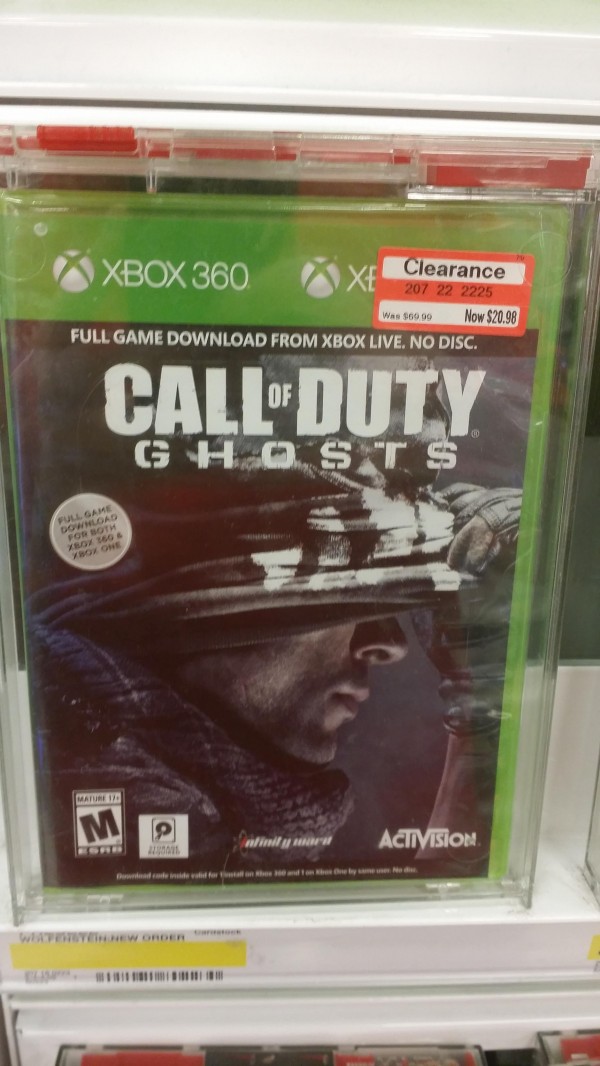 This follows a recent sale over at GameStop that knocked $20 off all versions of the game for the duration of last weekend.

Infinity Ward recently launched the game’s second round of DLC on Xbox Live called Devastation, including four new maps, a new Extinction map, and a new weapon for use in multiplayer. Earlier, a $60 version of Ghosts called the “Gold Edition” was spotted that includes the Onslaught add-on, as well as the Wolf Killstreak skin for your Guard Dog