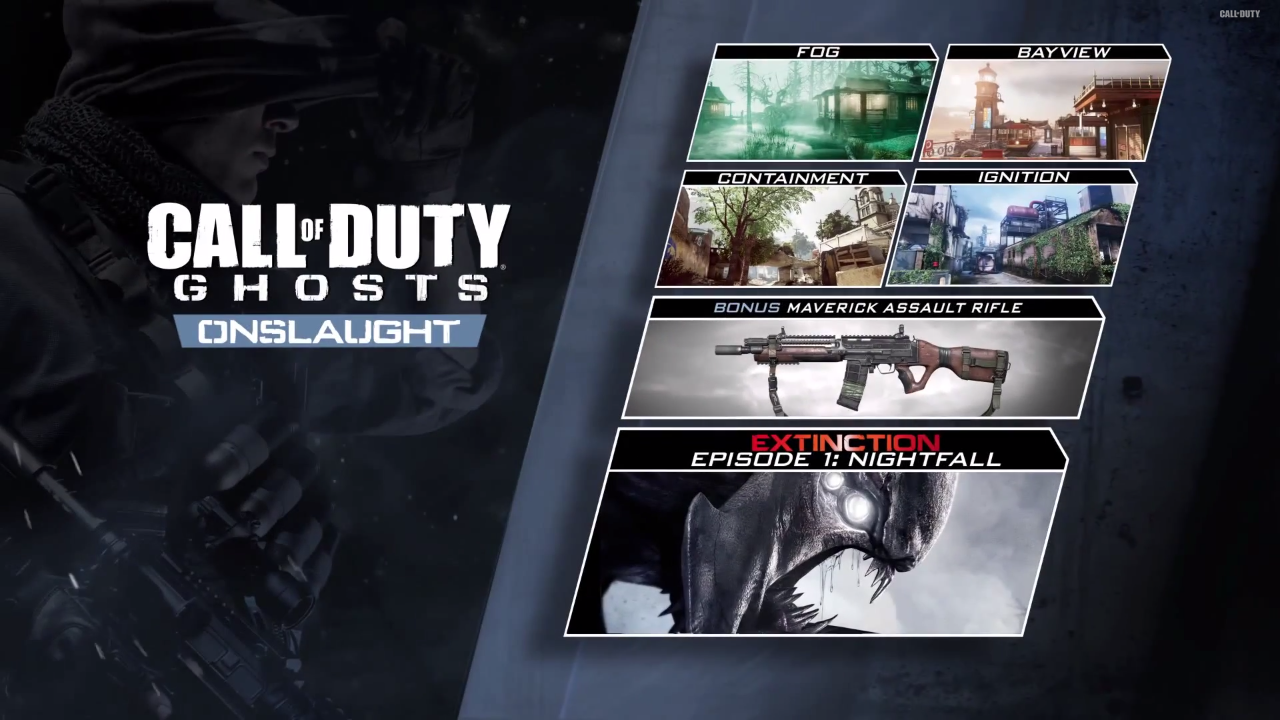 The Onslaught is coming to the PlayStation and PC February 27.

Having already launched on Xbox Live, Call of Duty: Ghosts‘ first DLC is on course to launch for the PlayStation 4, PlayStation 3, and PC Thursday, February 27, one month after the Xbox One and Xbox 360’s launch.

For $14.99, or included within the Call of Duty: Ghosts Season Pass, Onslaught introduces four new multiplayer maps, two new weapons, and a brand new Extinction experience, along with a handful of unique Field Order rewards.

Check out the vids below for a preview!