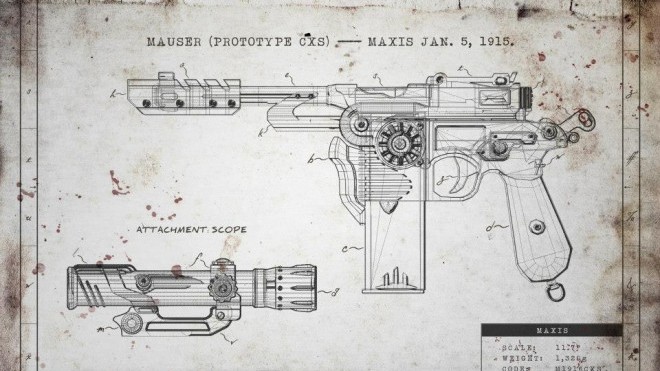 Throughout the week, Call of Duty: Black Ops 2 developers Treyarch have been slowly trickling out hints suggesting that the game’s forthcoming DLC will be particularly focused on new Zombies content.

On their Facebook page, the studio released four images of old, tattered notes which we presume were written by the original cast members of the first few Zombies mini-games. You can check them all out right here.

Today, the studio released schematics of what appears to be another prototype Zombie weapon called the “Mauser (Prototype CSX)” which we presume will most likely make an appearance in whatever new Zombies content the team has planned. Check it out below: 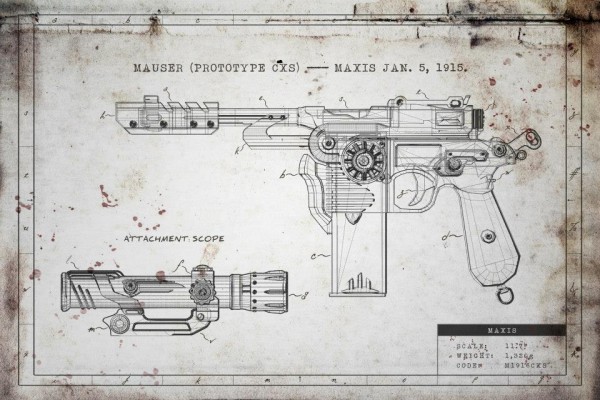 Looks like a more modern take on a classic World War II weapon. What do you guys think? Do you dig the design?

As reader jj 16802 pointed out in the comments below, the weapon appears to be a heavily modified Mauser C96 used by the German army in WWII. 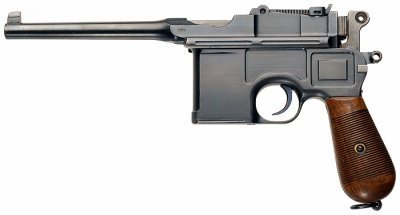 Be sure to keep your sights on MP1st for any upcoming Black Ops 2 DLC-related news.