Surprise, surprise. Call of Duty fans will be treated to yet another title this year according to leaked information.

Similar to the leak over at Amazon France a few weeks back, Spanish online retailer, FNAC, seems to have let it slip that “Black Ops 2” is yet again confirmed as the next Call of Duty title to be developed by Treyarch. Unsurprisingly, if this leak is to be true, Call of Duty: Black Ops 2 will release in November, 2012.

Activision has yet to release a statement regarding this matter. 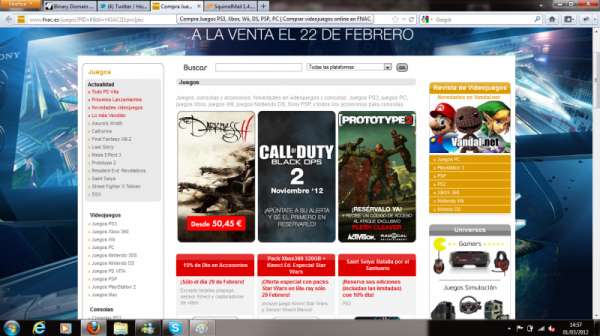