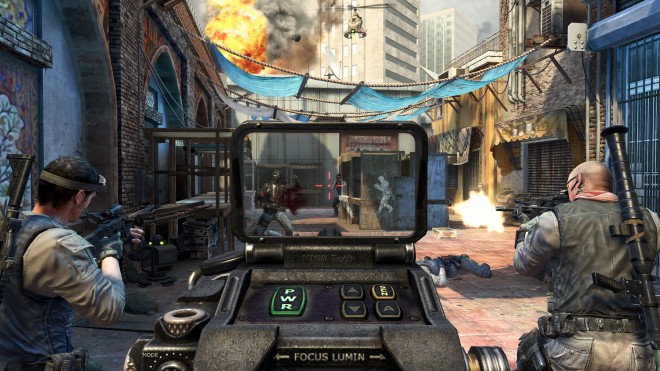 Tweeting at our friend, PrestigeIsKey, Vonderhaar asked, “Did you know that you can Prestige any gun two times?”

He was later asked, “if weapon XP converts to next prestige, will you have to prestige your weapon or will it go back down to 0 or stay at max?” Vonderhaar answered, “Stays where we it was. Weapon level and weapon prestige level totally independent of your level. Not reset by level prestige.”

As you know, weapon levelling was introduced by last year’s Modern Warfare 3. Treyarch seems to be taking things one step forward this year by introducing weapon Prestiges in Black Ops 2.

On Twitter, Vonderhaar was also asked, “Can you guys please turn off the ghost ‘movement’ perk on S&D to help the ninja defuse community?” to which he simply replied, “Yes.”

When answering the questioner, Vonderhaar most likely meant that the Ghost perk does make you invisible when planting, not that there is an option to turn it on or off.

Let us know below, are you excited for weapon Prestiges?

If you missed it, be sure to check out the official Call of Duty: Black Ops 2 launch trailer!