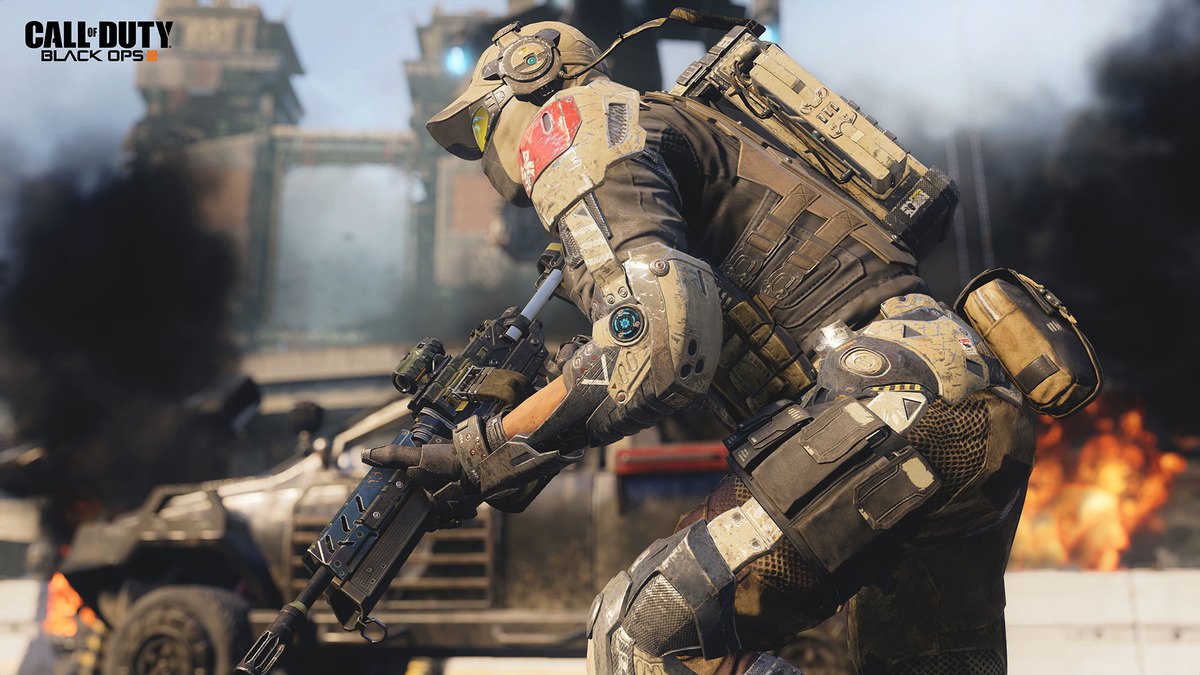 Call of Duty: Black Ops 3‘s official pre-order page is now live, confirming the previous rumours that developers Treyarch will hold a beta for the game before release on current-generation consoles and PC. 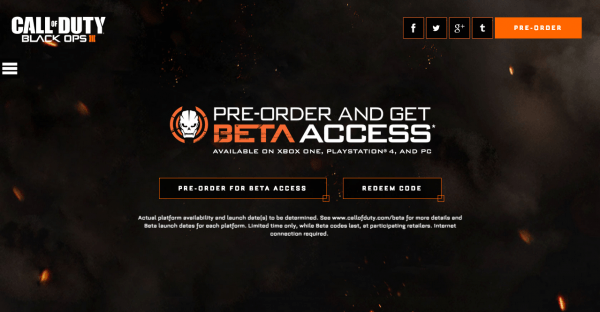 The page lets you pre-order on PC, Xbox One, and PlayStation 4 from select retailers. You can also already redeem a code for beta access, though it’s unclear when the beta will go live. Launch dates are still to be determined, according to the site.

UPDATE: According to Call of Duty YouTube commentator Drift0r, Treyarch is planning a one to two week beta to launch one to two months before launch.

The same box cover art that was revealed yesterday is also shown.

You’ll find a link to the site here.