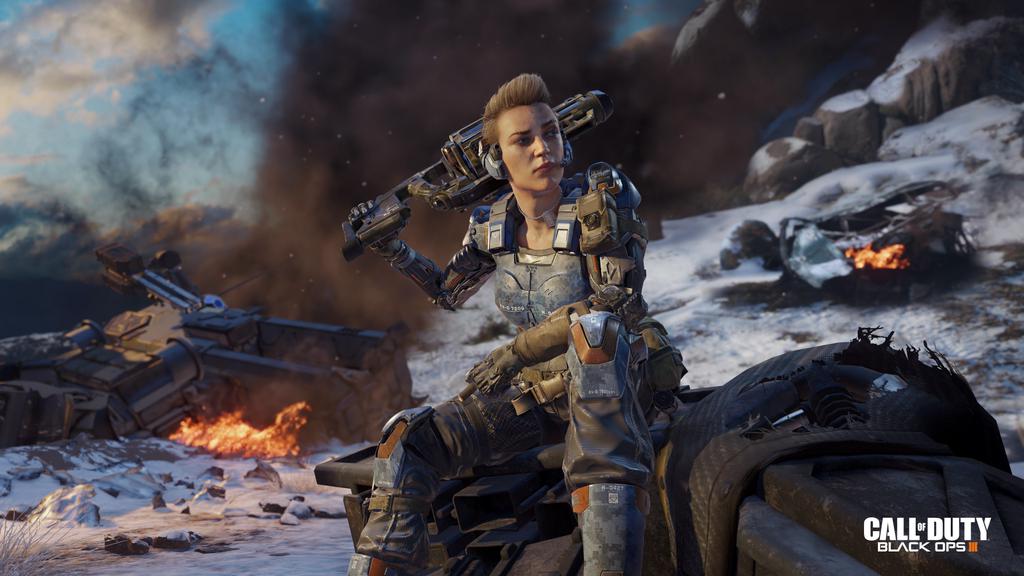 The Call of Duty: Black Ops 3 Multiplayer Beta is right around the corner and Treyarch is shining a spotlight on more of the eight Specialist characters that will be playable throughout the week of testing.

Yesterday, the studio profiled Ruin and Outrider. Today’s briefing is on Prophet and Battery. Having served under the British Engineering Corps., Prophet’s cutting-edge Tempest weapon shocks targets, chaining electricity from one foe to the next while his unmatched hacking abilities allow him to flash back to a previous position. Battery is a soldier of the US Army with experience in the Airborne School, as a Ranger, and as a part of the Selection Program. She can launch a flurry grenades at her enemy with her War Machine while her Kinetic Armor will deflect incoming small arms fire from the neck down.

You can see how both operate in the video below. If you missed it, there are also video tutorials on Black Ops 3’s new movement mechanics and new Specialists system.

The Call of Duty: Black Ops 3 Multiplayer Beta runs from August 19-23 on PlayStation 4 and August 26-30 on Xbox One and PC. You can get more details on code redemption and download size in our earlier story here.