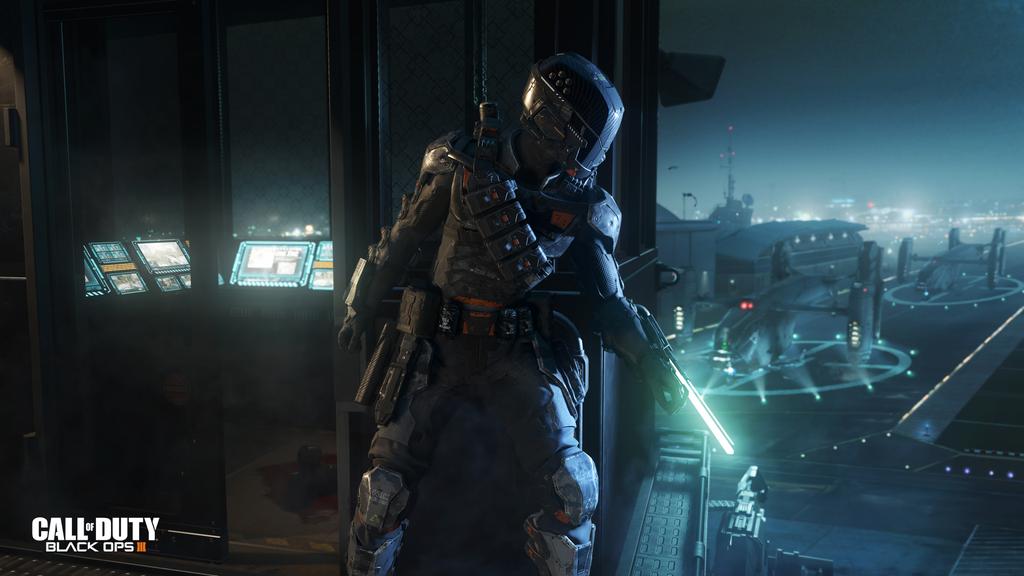 Introducing Reaper and Spectre, two Specialist characters that will join six others in the upcoming Call of Duty: Black Ops 3 Multiplayer Beta.

Reaper is the last remaining Experimental War Robot (EWR) prototype from a cancelled military R&D project meant to supplement Special Operations soldiers in the field. His right arm doubles as a high-powered min-gun, but for a more stealthy approach, Reaper can deceive his enemies by deploying three decoy models on the field at the same time.

Little is known about this presumed wet-works Specialist, known by various agencies as Spectre. In Combat, Spectre is a blade specialist who can take out his enemies swiftly with powerful melee attacks. As if that’s not scary enough, he can also deploy active camoflauge, making him a key objective player.

If you missed it, links to six the other Specialist overview videos that were released over last weekend and last week can be found below. Check ’em out and get acquainted with all eight that will be available in the Beta.

According to earlier Beta details from Treyarch, Reaper and Spectre will be available as playable Specialists later in the week, so stay tuned for exact details. Now, it’s time to see them in action.

The Call of Duty: Black Ops 3 Multiplayer Beta starts August 19 on PlayStation 4 and August 26 on Xbox One and PC. You’ll find more details on code redemption and download size in our earlier story here.