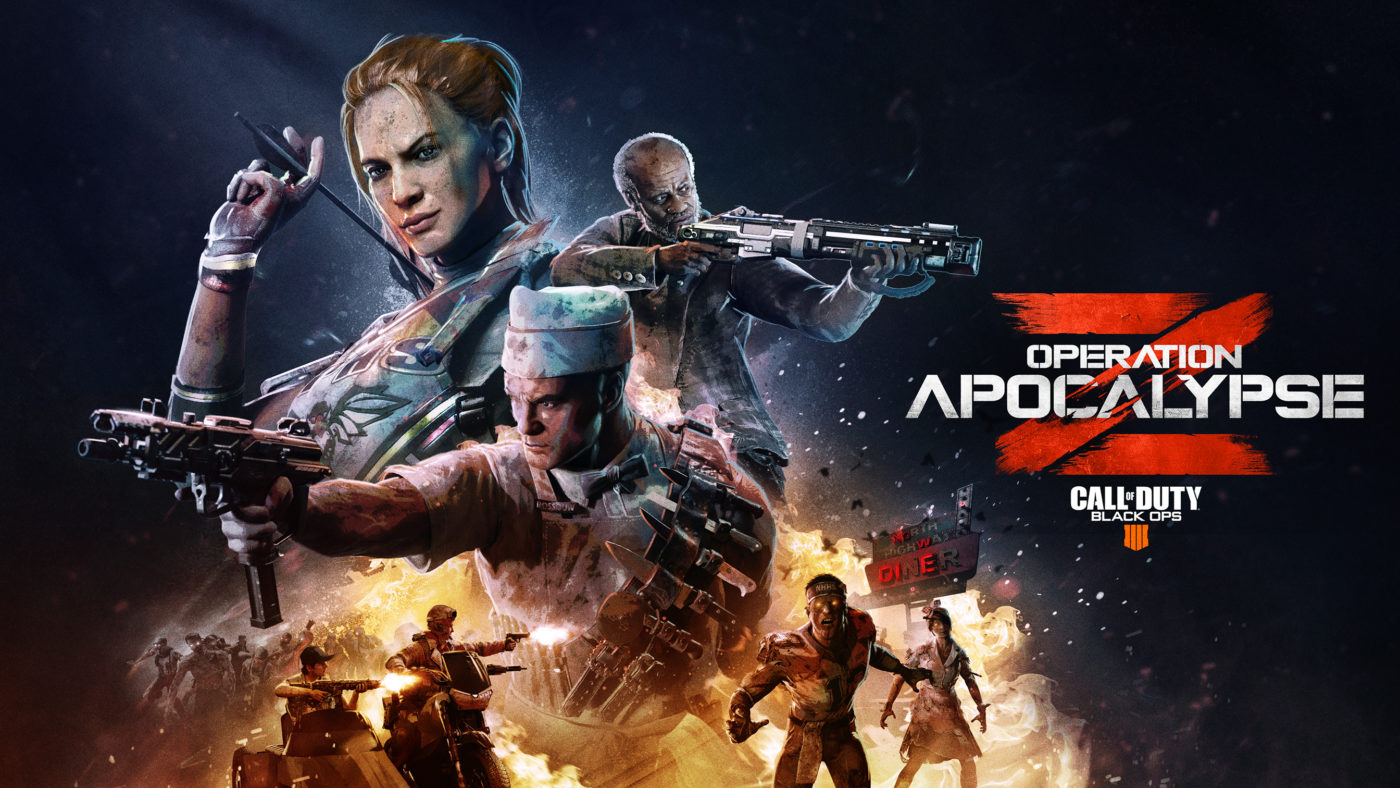 Treyarch rolled out a new server-side update to Call of Duty: Black Ops 4 today! As one might expect, it brings the Fourth of July event tot he game and a few more. Check out the Black Ops 4 July 2 update below.

Not only that, but we also have news regarding the Black Ops 4 new Operation called Operation Apocalypse Z!

As we ramp up to next week’s new Operation, we’re bringing back two fan-favorite playlists this week with Bolt-Action Barebones in Multiplayer and Hardcore Duos in Blackout, both available on all platforms. Multiplayer fans on PC can also jump into Endurance Free-for-All for the first time this week!

On Xbox One and PC, today’s update delivers the new Hard Mode “Unsinkable” Gauntlet in Zombies, Blackjack’s Stash in Blackout’s limited-time modes, and the new “Numbers” Death Effect to all modes for players who’ve completed at least one Outfit Mission in Blackout. Check out the patch notes below for all the details.

We’re also tracking a known issue with the Koshka MKII incorrectly displaying the base version of the weapon in-game, with a fix planned for our next major update. Here’s what new today:

Finally, Operation Apocalypse Z starts July 9 on PS4, and Xbox One and PC gamers can expect it to drop a week later.

The zombie apocalypse arrives one week from today on PS4 as the undead take over Multiplayer, Zombies, and Blackout in Operation Apocalypse Z! We’ll have more intel and surprises to share as we count down to launch, along with more of what’s in store for the next chapter of the Zombies Aether story in “Alpha Omega”.

Speaking of which… prepare to get your hands on some newly-upgraded hardware courtesy of Broken Arrow.

In other Black Ops 4 news, go check out some of the upcoming weapons coming in the new Operation right here.