In case you haven’t turned on your PS4 or Xbox One just yet, you might want to do that now, as a new title update for Call of Duty: Black Ops 4 is live! This big patch not only introduces a slew of multiplayer tweaks, but there’s a bunch of new content from Operation: Grand Heist.

While we’re getting a new Specialist, a couple of new guns, weapon camos and more, it seems we’re also getting another thing that possibly no one asked for, which are Reserve Crates (Reserve Cases); Call of Duty: Black Ops 4’s term for loot boxes. Those who played Black Ops 3 will remember these as Supply Drops. Note that Reserve Cases can be earned within the game by playing multiplayer and Blackout. 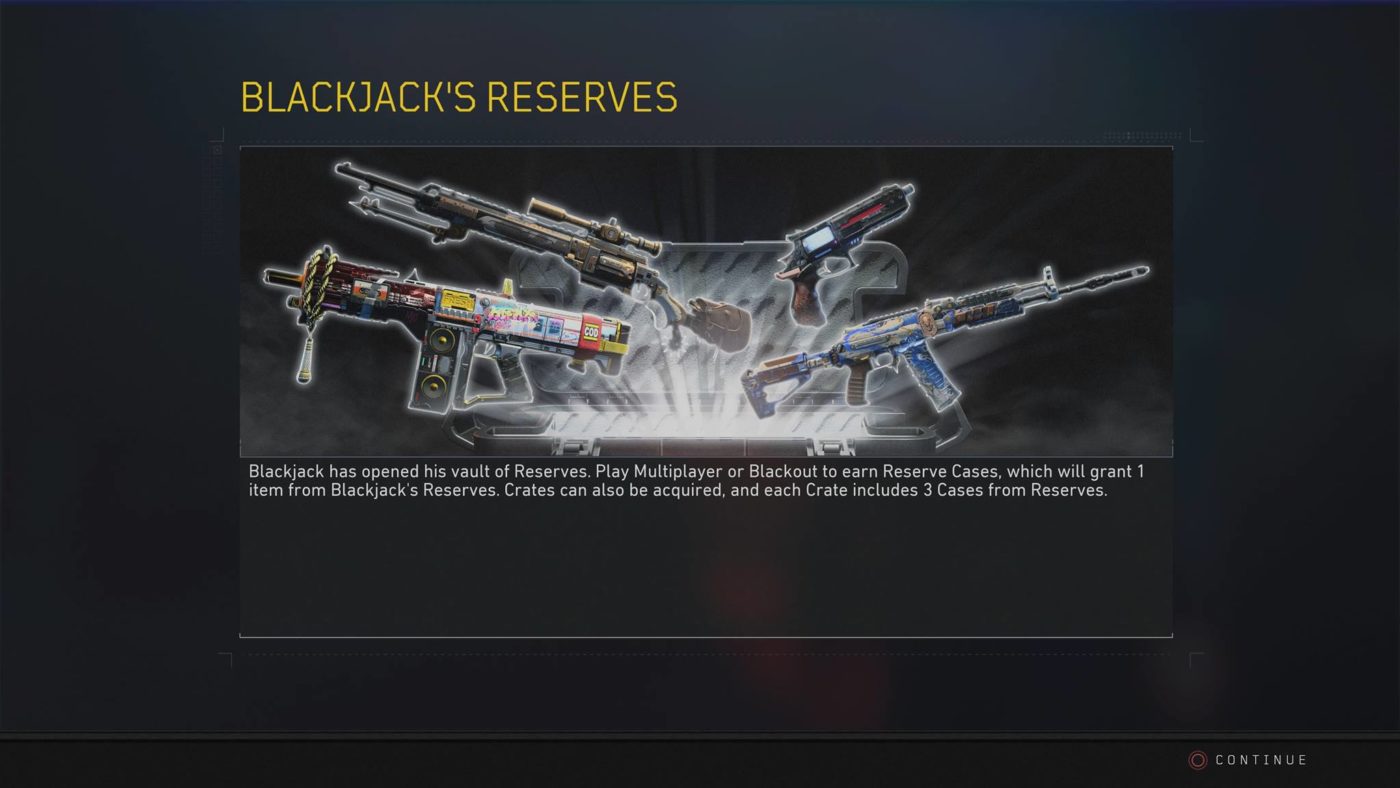 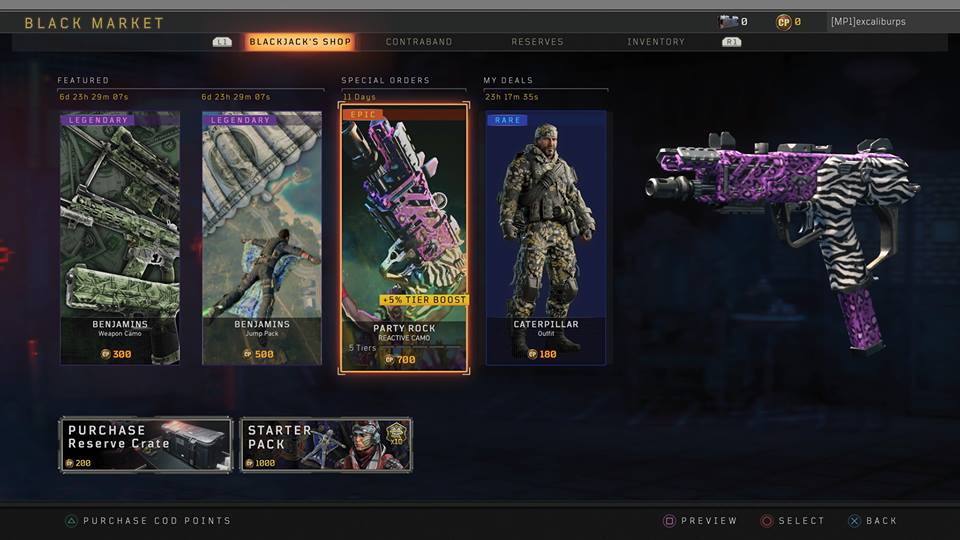 Contraband Stream with “skippable” tiers (you can buy a tier(s) for real world money):

Again, the Contraband items, and the Reserve Cases can be earned by playing multiplayer and/or Blackout, and these only include cosmetic items (as far as we know). Let’s hope that no weapons are gated behind Reserve Cases/Crates since Black Ops 3 suffered from this via its Supply Drop system.

For those keeping score, Black Ops 4 is a full priced $60 game, and has a Season Pass, and now has an assortment of microtransaction sources in the game itself. I gather, Activision must be pressing hard to obtain more money from the game due to it under-performing.

Do you think this year’s Call of Duty will end up the same? And the bigger question here is: will you be OK with it?