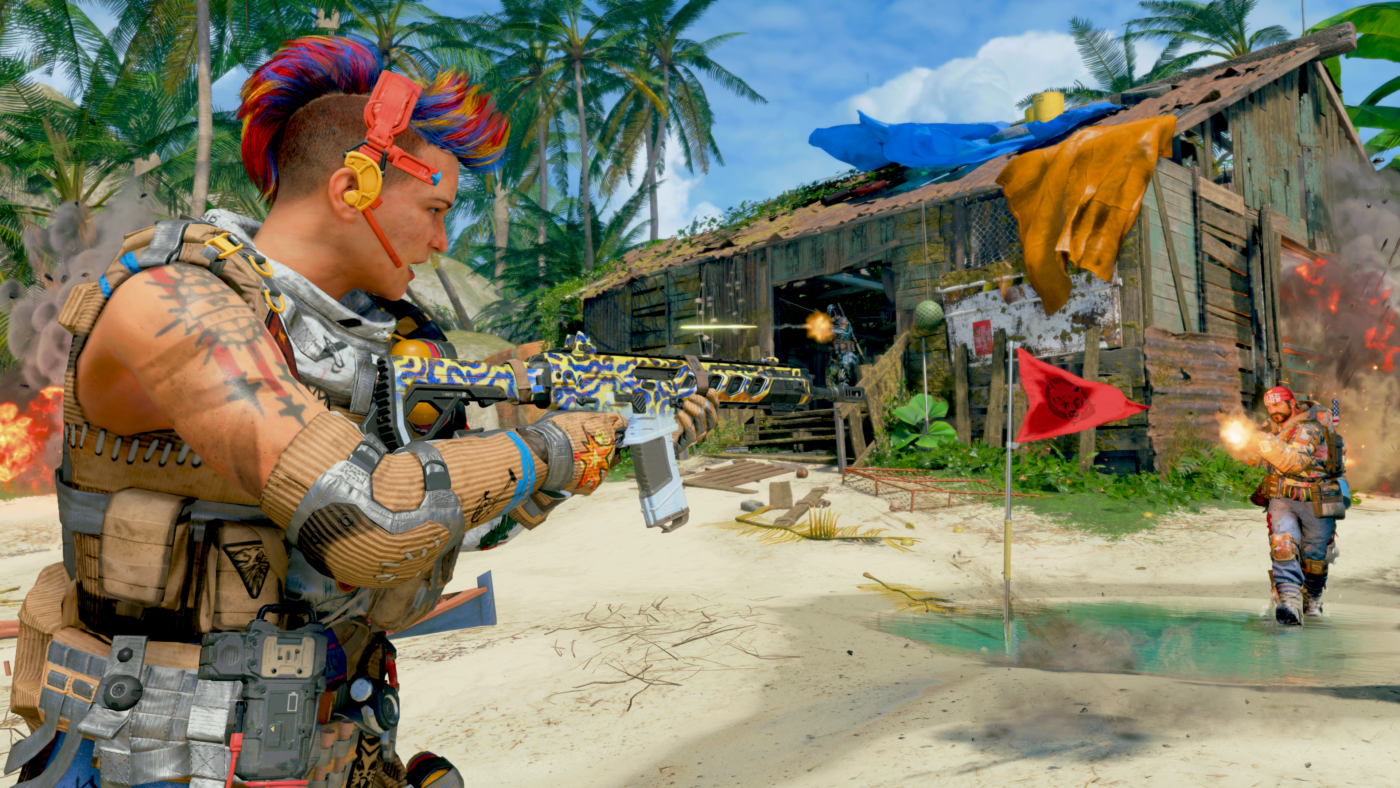 Call of Duty: Black Ops 4 New Weapons in Latest Patch Are Locked Behind Loot Boxes With No Sure Way to Get ‘Em

With today’s Call of Duty: Black Ops 4 patch, Treyarch released a lot of new stuff in the game for free as part of the “Days of Summer” in-game event. While that usually would have been appreciated by the community, it sadly got overshadowed due to majority (all but one) of Black Ops 4 new weapons being only accessible by Reserves (a.k.a loot boxes).

In today’s title update, Treyarch rolled out a new Contraband stream, and once you reach level 50, you’ll get the Vendetta sniper rifle as a reward. While that sounds all fine and dandy, the rest of the new weapons: S6 Stingray (tactical rifle), Peacekeeper (assault rifle), Locus (sniper rifle). and the Ballistic Knife Karambit are all only accessible via the game’s Reserves mechanic! For every 25th Reserve, the player will earn a “Weapon Bribe” that is random, which might contain a MK11 weapon variant (of the current gun pool available in the game), or possibly one of the weapons. Given how hard it is to earn Reserves in the game, the chances of someone getting all four new weapons is super tough, especially if you factor in how many MK11 weapon variants you can earn as well. 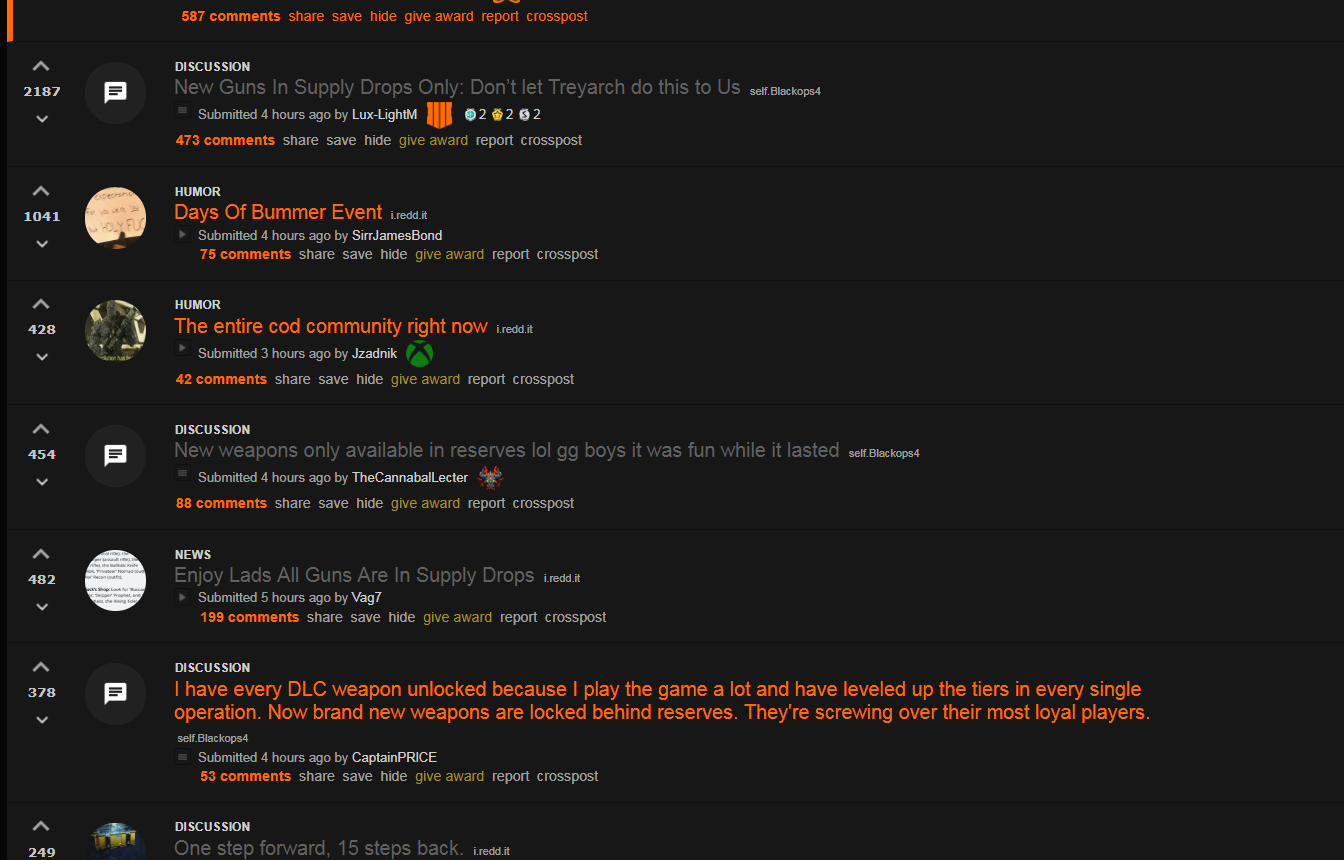 Yep, every trending thread on the front page is dedicated to how disgusted players are, and how they’re disappointed with Treyarch’s latest microtransaction-fueled move.

Will Treyarch cave and change how these new weapons can be earned via a patch or a server-side update? Let’s hope so. In the meantime, get that Vendetta gun from the Contraband stream, and unless you’re ready to drop some serious cash, good luck in getting the other weapons!

For Black Ops 3 players, this scenario should be very familiar as this is what Treyarch did with the weapons and Supply Drops then. Let’s hope that we won’t see these same new weapon “unlock” method in this year’s Modern Warfare.