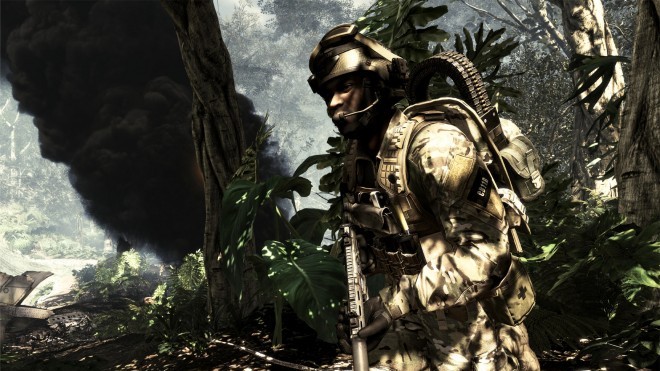 On Twitter, the studio wrote, “now that our reveal is live, we wanted to give a special thanks to @RavenSoftware & @Neversoft for their support in developing #CODGhosts”

Raven Software has acted as a support role during the last few entries in the Call of Duty series, mainly helping with downloadable content and user interfaces. We reported back in June 2012 that Neversoft was said to be working on an unannounced Call of Duty project. It seems that they may have been gearing up for Ghosts all along.

Meanwhile, Sledgehammer Games, who played a large role in Modern Warfare 3’s development back in 2011, is reportedly working on an entirely different Call of Duty project.

Make sure to catch Call of Duty: Ghosts’ first gameplay reveal, including behind the scenes footage and screens, right here!