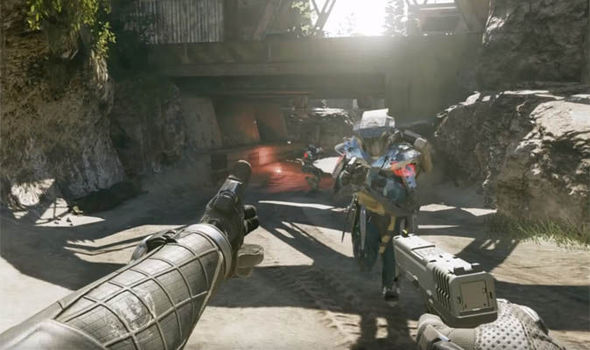 While this year’s Call of Duty title, Call of Duty: WWII, is due for release in a few weeks, there’s still a surprise or two left for Call of Duty: Infinite Warfare. According to the official Call of Duty Twitter account, there’s a “special announcement” due Monday.

Gesture Warfare is back for #InfiniteWarfare! Take down the competition all weekend, then come back on Monday for a special announcement… pic.twitter.com/Auh63SX8jG

In that same tweet, it has been announced that “Gesture Warfare” — that insane mode that was made public a few weeks ago, is coming back for the weekend! Will the “special announcement” be about Gesture Warfare being a permanent mode available all the time? Is it even connected to Infinite Warfare or for COD: WWII? I guess we’ll have to tune in Monday to find out.

What are you expecting this announcement to be? And if it’s for Infinite Warfare, what should it be?

WWE 2K18 Trophies Revealed, Has Couple for KFC and Snickers