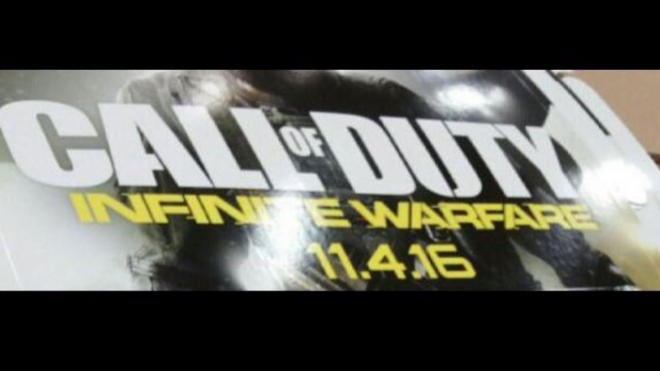 Following yesterday’s PlayStation Store leak that revealed the name for Infinity Ward’s upcoming Call of Duty game, sightings of pre-order marketing material are now telling us the title’s launch date, along with some other exciting news.

An alleged Target pre-order card for the game was recently spotted by a snapchat user on reddit who shared the following image, revealing the game’s logo, release date, and inclusion of a remastered version of the original Call of Duty: Modern Warfare. 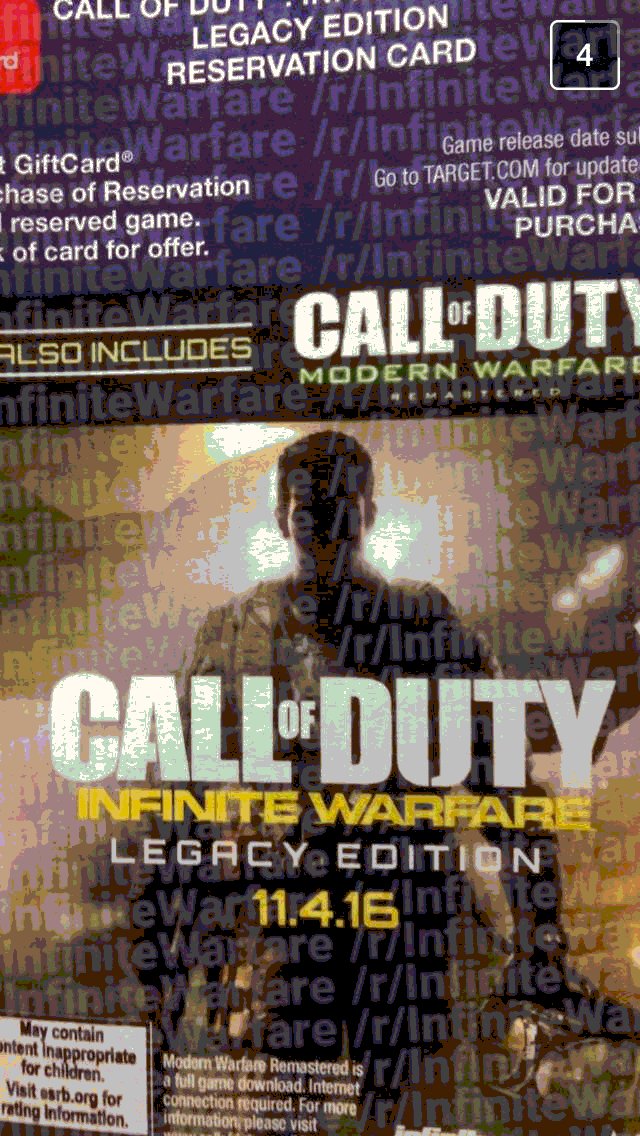 The shot above is of the “Legacy Edition” of the game which the card says will launch on Friday, November 4 of 2016 and will include a digital download of Infinity Ward’s original Modern Warfare game.

Here’s different shot of the “Call of Duty: Infinite Warfare” logo from another reddit user: 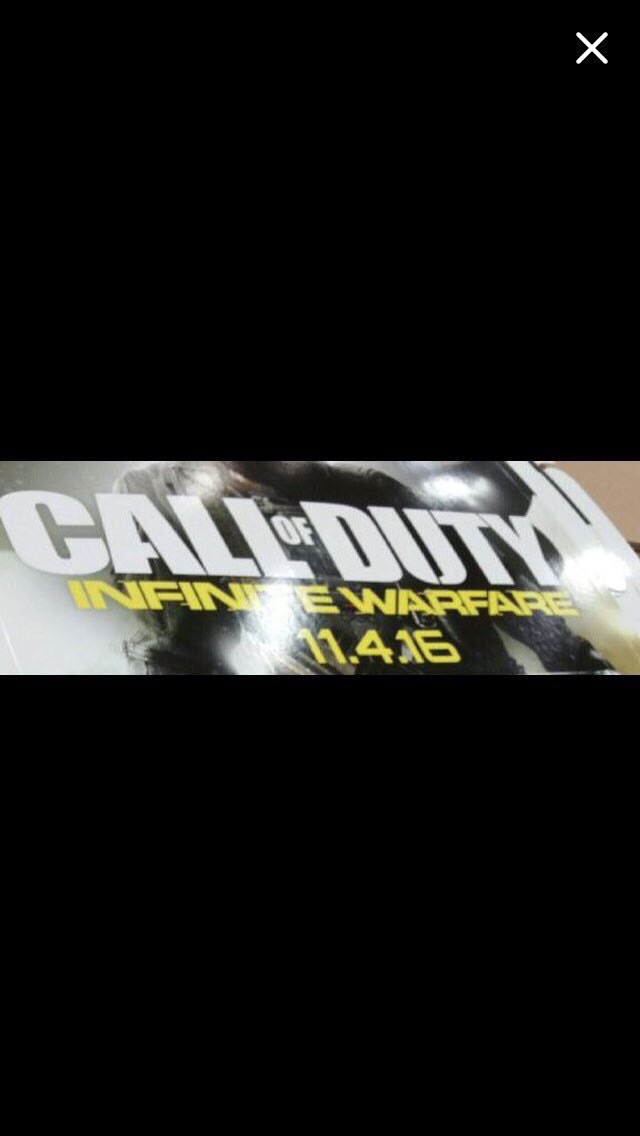 Activision has neither confirmed nor denied any of the rumors and sightings as of this writing, though as we mentioned in last night’s story, it’s likely that we’re not too far off from hearing something official.

As big fans of the original Modern Warfare, we sure hope it’s all true. Now, what do you think of the Infinite Warfare cover? Is that a space suit helmet?

Call of Duty 2016 Is Called “Infinite Warfare,” According To PSN Leak