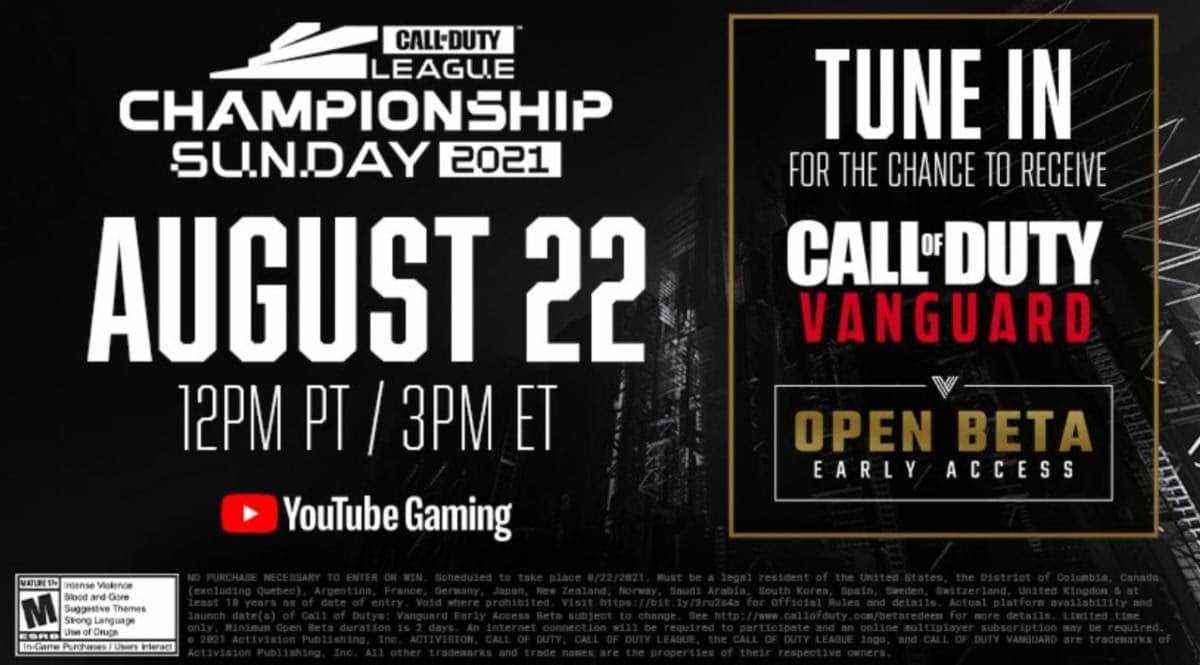 In the press release, Activision mentions that fans can log on this 12PM PT/3PM ET/3AM HKT for a chance to snag one of 25,000 Vanguard beta code drops! Not only that, but those who get one will also earn one extra beta code to share with a friend! You can check out the official rules here.

If that’s not enough, Sledgehammer will also give us our first sneak peek at the game during the CLD’s Championship Weekend final!

Where to Watch:  Youtube.com/CODLeague, CallofDutyLeague.com or watch on the Call of Duty Companion app to earn rewards.
When Beta Codes Drop: Sunday, August 22 beginning at 11:30am PT.

Call of Duty Vanguard will be released this November 5 on the PS4, PS5, Xbox One, Xbox Series X|S, and PC, with the beta dates not officially revealed just yet.
Tags: Call of Duty call of duty league call of duty: vanguard Sledgehammer Games
Previous Post