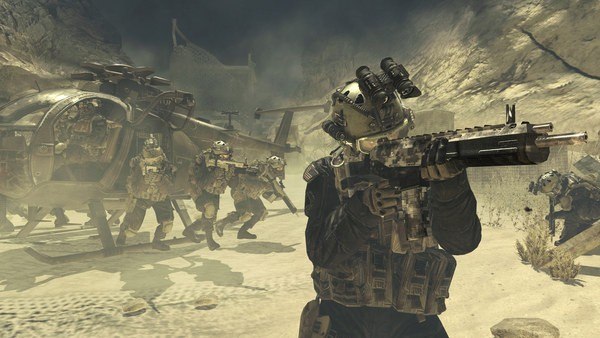 Given how popular Call of Duty: Modern Warfare and Modern Warfare 2 are, it’s just a matter of time before the games get re-released. We’ve already seen it happen in 2016 with Modern Warfare Remastered being (back then) part of the pre-order offer for Infinite Warfare before being available as a standalone game.

Could Modern Warfare 2 Remastered be the next one to get the same treatment? Amazon has a listing up for “Call of Duty: Modern Warfare 2 Remastered” and is listed for release this April 30 fpr the PS4 and Xbox One! If true, then the release date is obviously a placeholder. It’s currently listed by Amazon Italy with a sale price of approximately $25.

Here’s a screengrab of the listing in case it gets pulled:

It bears mentioning that with these things, there’s no guarantee that it’s the real deal. Amazon might have just put the listing up in case the game gets announced. Either that or the retailer jumped the gun, no? I don’t doubt that we’ll see a MW2 Remastered game at some point, but most likely as bundled title and not as a standalone game — at least not right away.

Developed by Infinity Ward, Call of Duty: Modern Warfare 2 was released back in 2009 for the PS3, Xbox 360 and PC, and is still widely considered by many franchise fans as the best game in the series (this person included).

In any case, we’ve contacted Activision and will update the story if and when we get a response.