Call of Duty: Modern Warfare 2019 DLC Packs Spotted Even With Promise of No Season Pass

With this past week’s official reveal of Call of Duty: Modern Warfare, not only did we get confirmation of the franchise going back to an actual, grounded setting, Infinity Ward also confirmed the existence of cross-play with PC, and that there won’t be a Season Pass.

Apparently, even if there won’t be a Season Pass, it seems Modern Warfare 2019 DLC packs will still be a thing! Over on the Xbox Store, a bunch of Modern Warfare DLC packs were spotted with only placeholder names (understandably) attached to ’em. 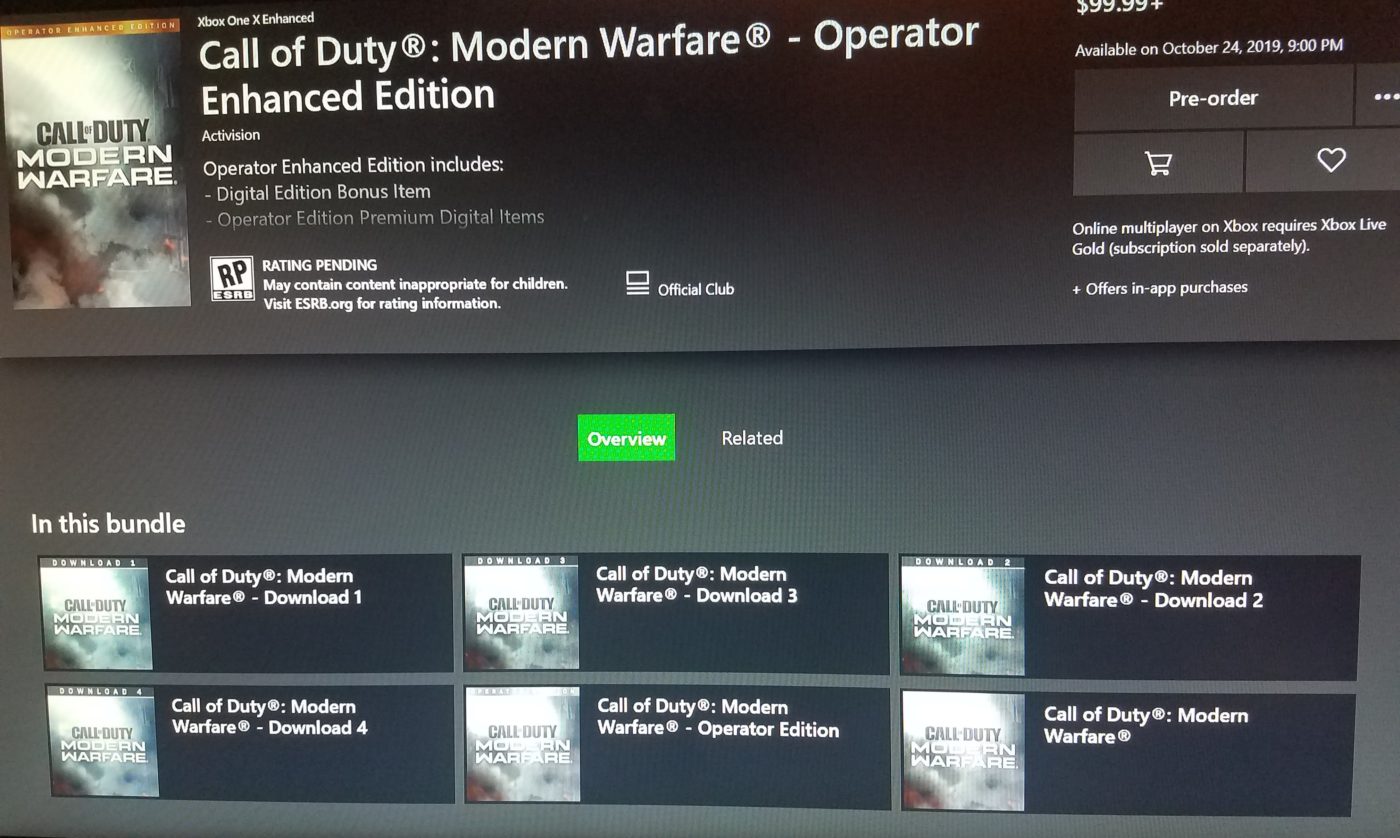 Usually, these DLC packs will be part of the Call of Duty Season Pass, with each download including new maps, and other content. Given how Activision has confirmed that Modern Warfare won’t have this, it’s now a guessing game what these Modern Warfare DLC packs will contain, how much they’ll cost, or when they’ll be released.

We’ve reached out to Activision to seek a statement and will update the story if we get a response.

What do you think these DLC packs are for? And can you think of something that will make you buy ’em if they don’t contain maps?

Free PS4 Judgment Theme Being Emailed Out by Sony