A breakdown of the Call of Duty: Modern Warfare beta netcode has been made by reliable netcode analyst Battle(non)sense, giving us a wide assessment on server tick rates, game delays, and more.

In a new video, the user goes over some rather interesting and troubling finds. The major one being that in the current state that Modern Warfare beta was in, it faired no better than the previous entry, Black Ops 4, and in fact was far worse when comparing Modern Warfare Domination is Black Ops 4’s battle royale Blackout mode. This is rather troubling as Black Ops 4’s Blackout supports far more players than Domination. The test for Ground War also came back higher than Blackout, although in fairness that in the least was to be expected. 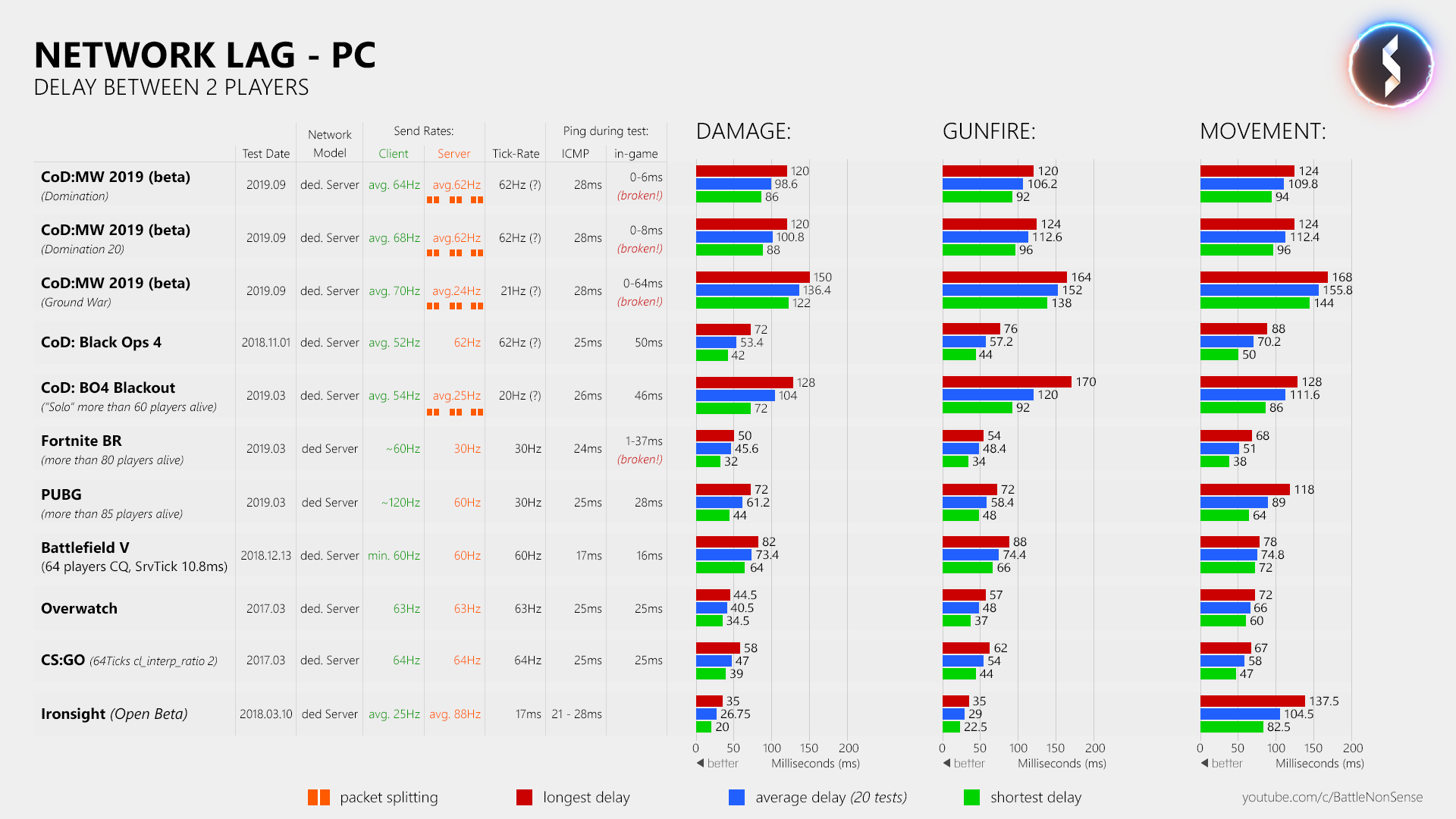 Essentially what this data boils down to is that there’s a good possibility that all those times you died after getting into cover may have been caused by this delay. Battle(non)sense makes a note that because the game doesn’t have any form of indicator to let a player know their connection is suffering it’s hard to judge what is contributing to this delay.

He does conclude that the game favors the player shooting as it’s fully responsive, which often times has the receiving player die when they are behind cover. This also explains why during killcams that the player being killed often isn’t shown shooting, due to the delay. You can watch the full breakdown below or if you prefer to read there’s a good breakdown by Reddit user LackingAGoodName below also.

This certainly is a rather insightful yet frustrating conclusion. We ourselves noticed during the beta that we would get killed behind cover along with other network related issues such as rubber banding and lag. This was mentioned in our Modern Warfare beta hands-on impressions piece as well.

Are you concerned about this at all or do you think it’ll be a non-issue come launch? Share your thoughts in the comments below.